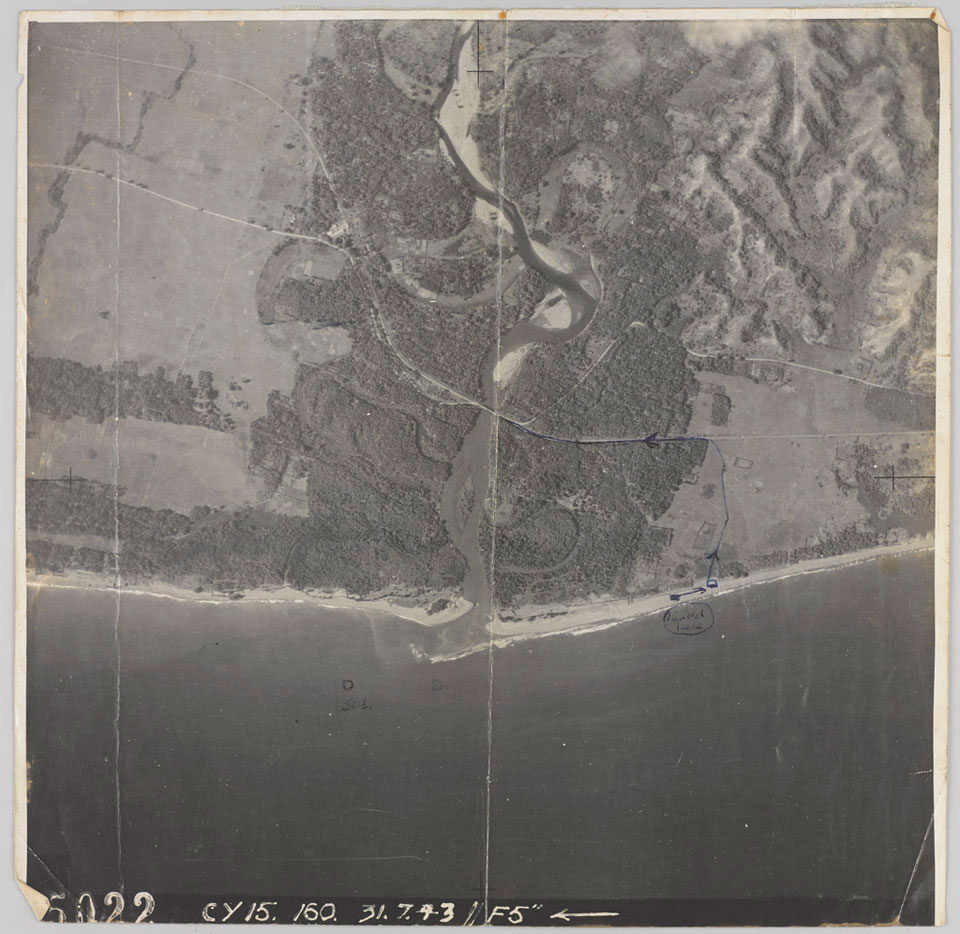 Aerial view of the Pendada River bridge, Sumatra, destroyed by the 2nd Special Boat Section in 1944

The Special Boat Section (SBS) was formed in 1940. Its men used folding canoes in small-scale raids against railways, port facilities and airfields. They also also carried out beach reconnaissance missions.

After arriving in the Far East in 1944, B and C Groups of 2nd SBS were detailed to destroy road and rail bridges over rivers on the north coast of Sumatra, before moving to Burma where they operated on the Chindwin and Irrawady Rivers and on the Arakan coast.