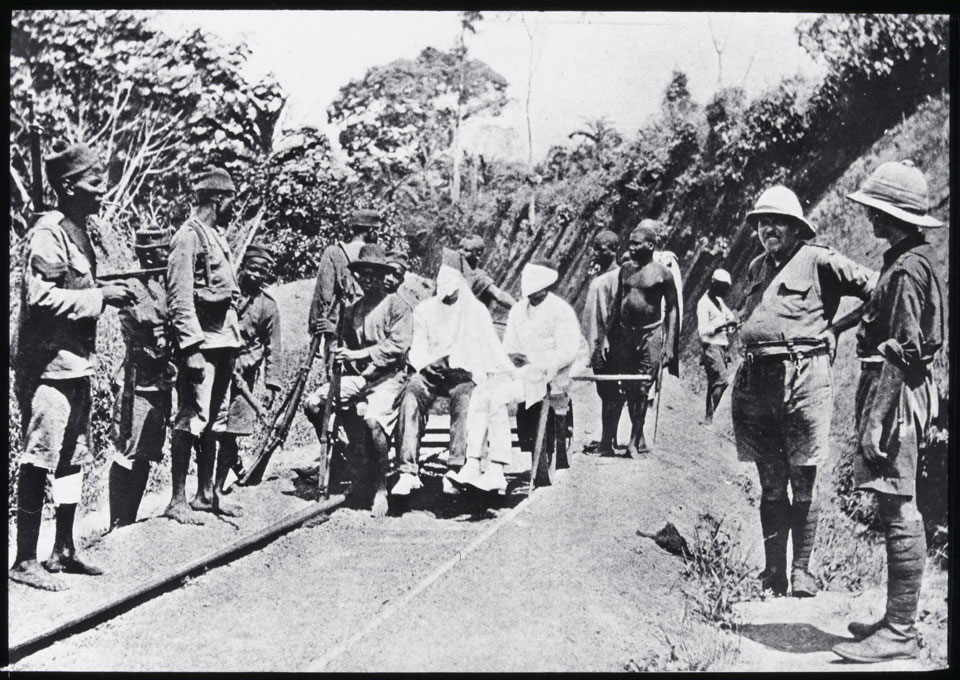 German colonial soldiers being brought into a British camp for parley, 1914

From a collection by Lieutenant Mark Culling Carr Gomm.