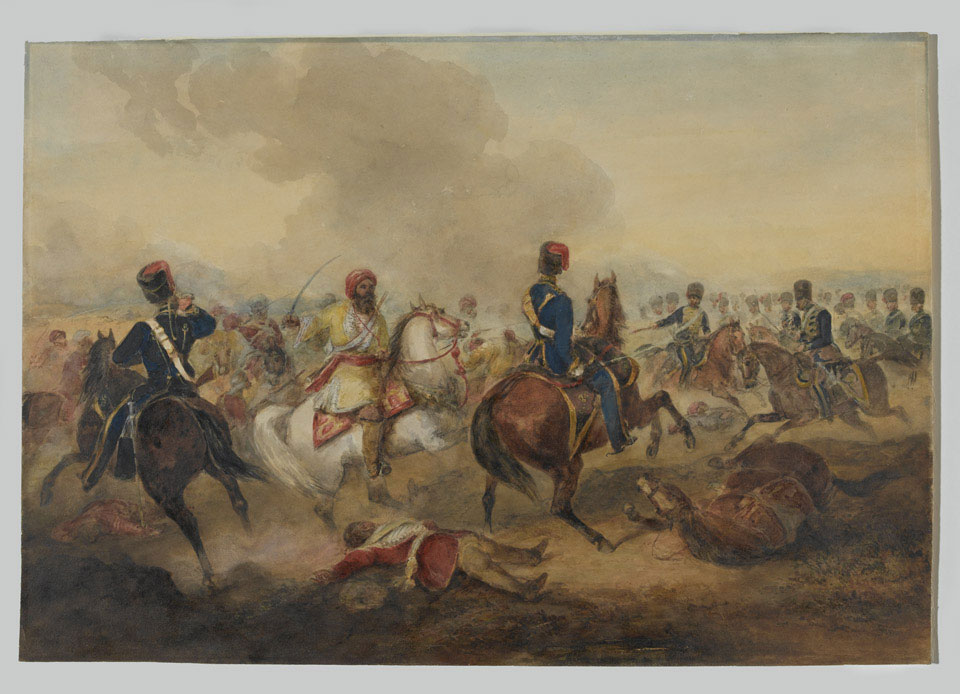 Following the outbreak of the Indian Mutiny (1857-1859), the 7th (The Queen's Own) Regiment of (Light) Dragoons (Hussars) were sent from Britain to the subcontinent, arriving at Madras in November 1857. After moving up country they joined the force under Sir James Outram at the Alumbagh near Lucknow in February 1858. The following month they took part in the final capture of that city. The 7th then formed part of Sir James Hope Grant's column engaged in defeating the last of the rebels. Following the end of the rising the regiment remained in India until 1871.