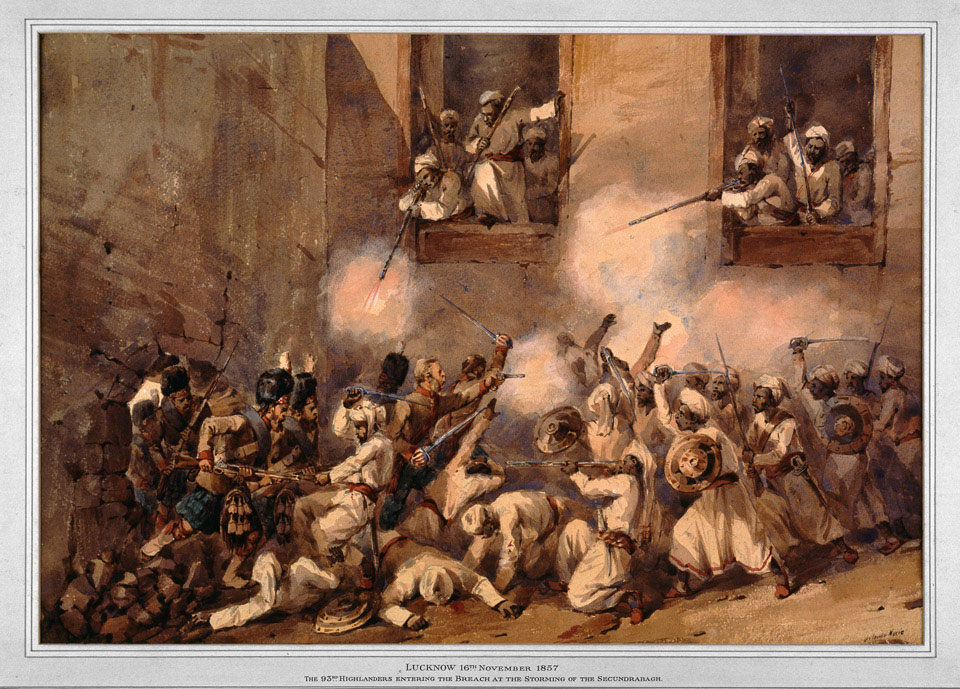 The 93rd Highlanders entering the breach at the storming of the Secundra Bagh, Lucknow, 16 November 1857

Officers and men fight hand-to-hand with the rebels defending the Secundra Bagh, a small, walled garden on the outskirts of the city of Lucknow during the Indian Mutiny (1857-1859). Lord Roberts, who witnessed the assault, later recalled:

'Inch by inch they were forced back to the pavilion, and into the space between it and the north wall, where they were all shot or bayoneted. There they lay in a heap as high as my head, a heaving, surging mass of dead and dying inextricably entangled. It was a sickening site, one of those which even in the excitement of battle and the flush of victory, make one feel strongly what a horrible side there is to war. The wounded men could not get clear of their dead comrades, however great their struggles, and those near the top of this ghastly pile vented their rage and determination on every British officer who approached, by showering upon him abuse of the foulest description'.