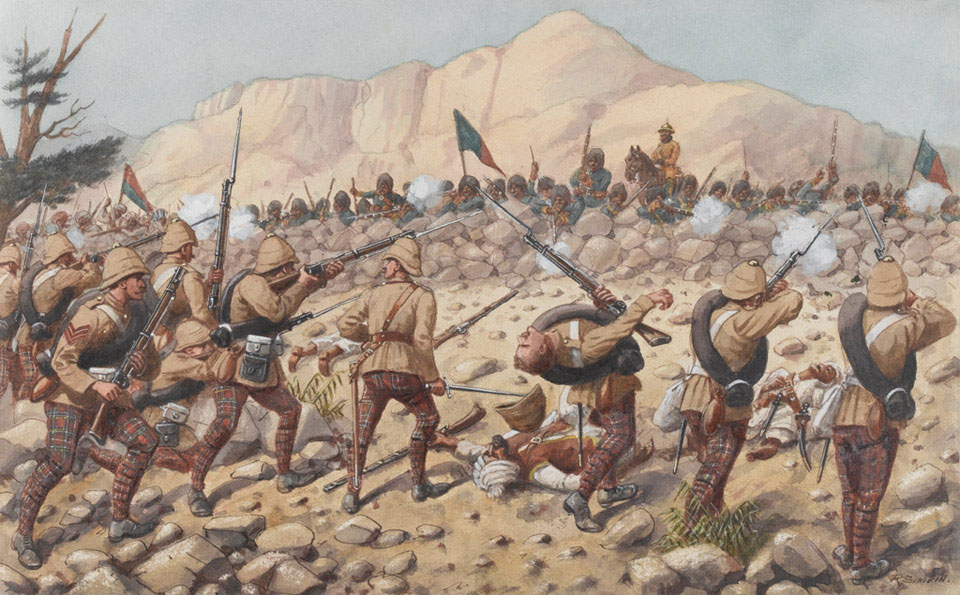 72nd Duke of Albany's Own Highlanders advancing at Peiwar Kotal, 1878

The 72nd Highlanders was one of Major-General Frederick Roberts' most trusted regiments in the Kurram Valley Field Force. As the latter advanced along the Kurram Valley towards Kabul their route was blocked at Peiwar Kotal by an enemy force of 18,000 men with 11 artillery pieces. While a feint attack was made on the Afghans, Roberts commanded a turning movement by the 72nd, the 5th Goorkha Regiment (The Hazara Goorkha Battalion) and other troops, which succeeded in dislodging the enemy, inflicted heavy casualties and capturing all their artillery.

Roberts lost fewer than 100 killed and wounded. This defeat resulted in the flight of the Amir, Sher Ali, and his replacement by Yakub Khan, who signed the Treaty of Gandamak, ending the first phase of the 2nd Afghan War (1878-1880).