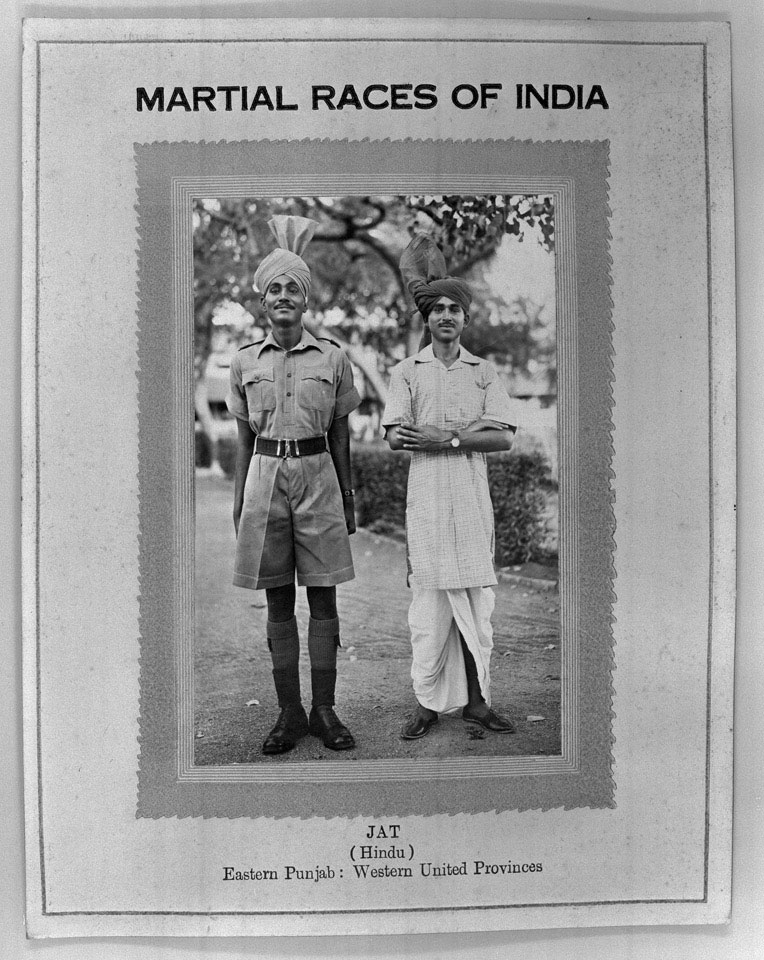 The Jat people are considered to be the merged descendants of the original Indo-Aryans invaders of India. They follow the Moslem, Sikh and Hindu faiths and live in northern India and in what is now Pakistan. They have a long history of soldering and the British soon recruited them into the Indian Army, declaring them to be one of India's 'Martial Races'.

From a collection of photographs taken to illustrate the races recruited into the Indian Army and the geographical areas in which they originated.