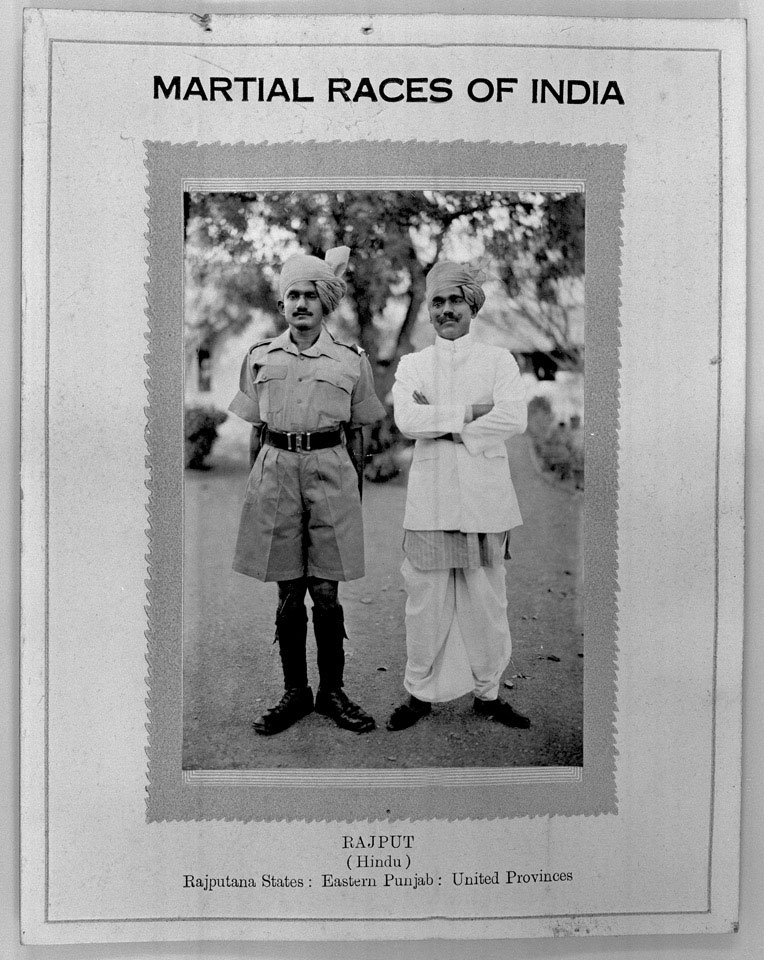 The 'martial race' was a designation created by officials of British India to describe peoples that were thought to be naturally warlike and aggressive in battle. The Rajputs, a high caste Hindu group from central and northern India, were one such group and the British recruited many of them into their armies.

From a collection of photographs taken to illustrate the races recruited into the Indian Army and the geographical areas in which they originated.