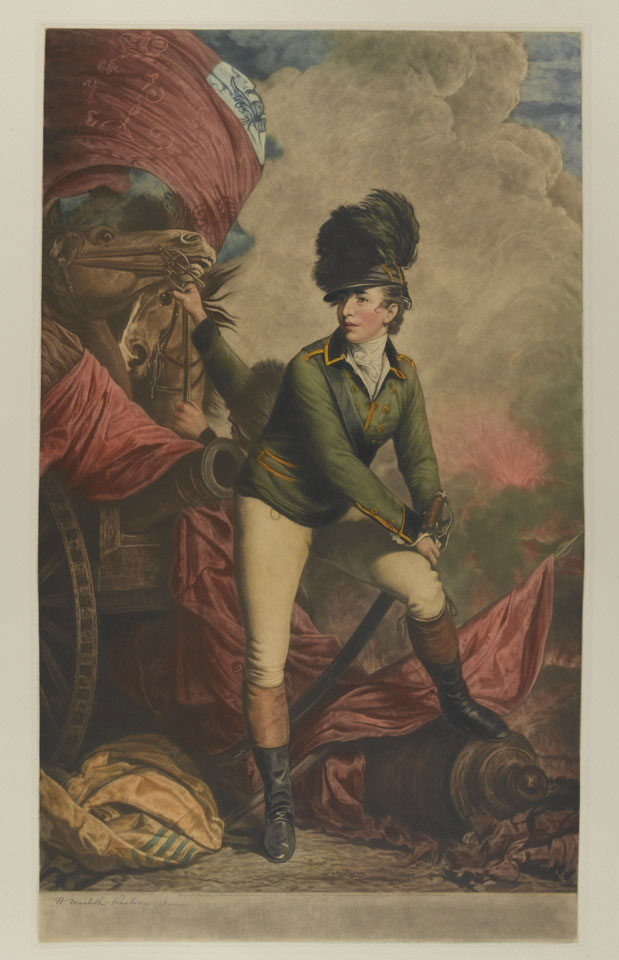 Tarleton (1754-1833) served in America from 1776 but his military career in the early part of the war was relatively undistinguished. This changed towards the end of 1778, when he was appointed to the command of the British Legion, a Loyalist American force. Tarleton soon proved himself a dashing leader of light cavalry, and during the British campaign in the southern colonies, the Legion won a brilliant reputation as a raiding force. It also acquired an exaggerated reputation for brutality. After the Battle of Waxhaws (1780) it was alleged that Tarleton's men had cut down rebels troops who were trying to surrender. From then onwards, the cry 'Tarleton's quarter!' was used by rebel troops to indicate that they would show no mercy to their enemies.