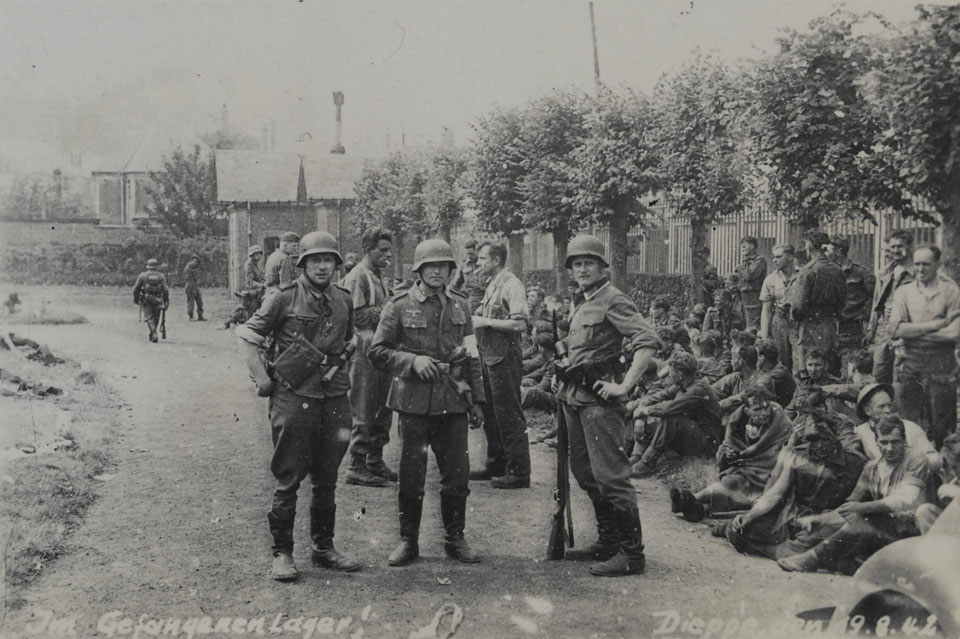 More than 3,600 of the 6,000 men who made it ashore during the Dieppe Raid of 19 August 1942 were either killed, wounded, or captured. The objective was to seize and hold a major port for a short period and to gather intelligence while assessing the German responses. The operation was a military disaster in terms of casualties and equipment lost.

From 19 photographs relating to the Dieppe Raid, 1942. Taken by German photographers and captured by the Allied armies, these photographs were given to the donor by a Military Police Lieutenant at Hoecht.