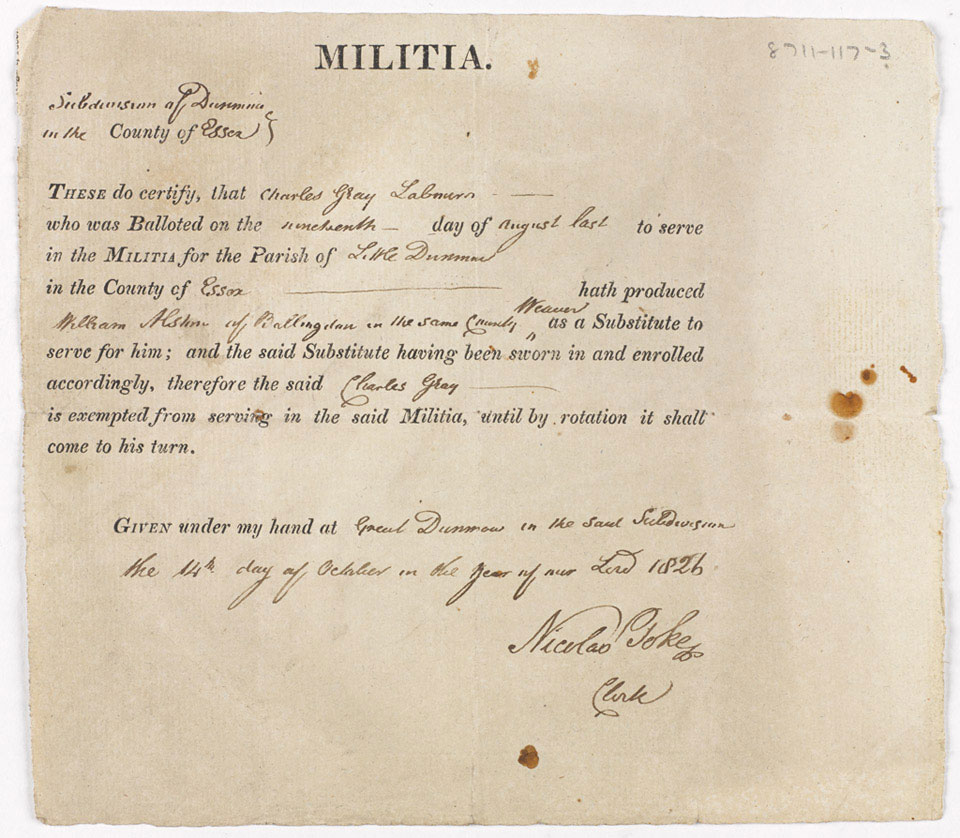 Militia substitute certificate for William Ashton in the place of Charles Gray, 1826

Until the 19th century militia units were used in home defence and maintaining law and order in vulnerable locations such as Ireland and the south coast of England. Militia units did not have to serve overseas, but they were seen as a useful reserve of trained men. Bounties were offered to militiamen who exchanged into the regular Army for overseas service.

Many of the men serving in the militia were substitutes serving on behalf of those whose names had been drawn in the county ballot. These substitutes, like William Ashton, often made a charge for taking over the duties. When the militia was fully embodied on a permanent footing during periods of war, a higher figure could be demanded and obtained. The regiment benefited by receiving experienced soldiers instead of raw recruits.