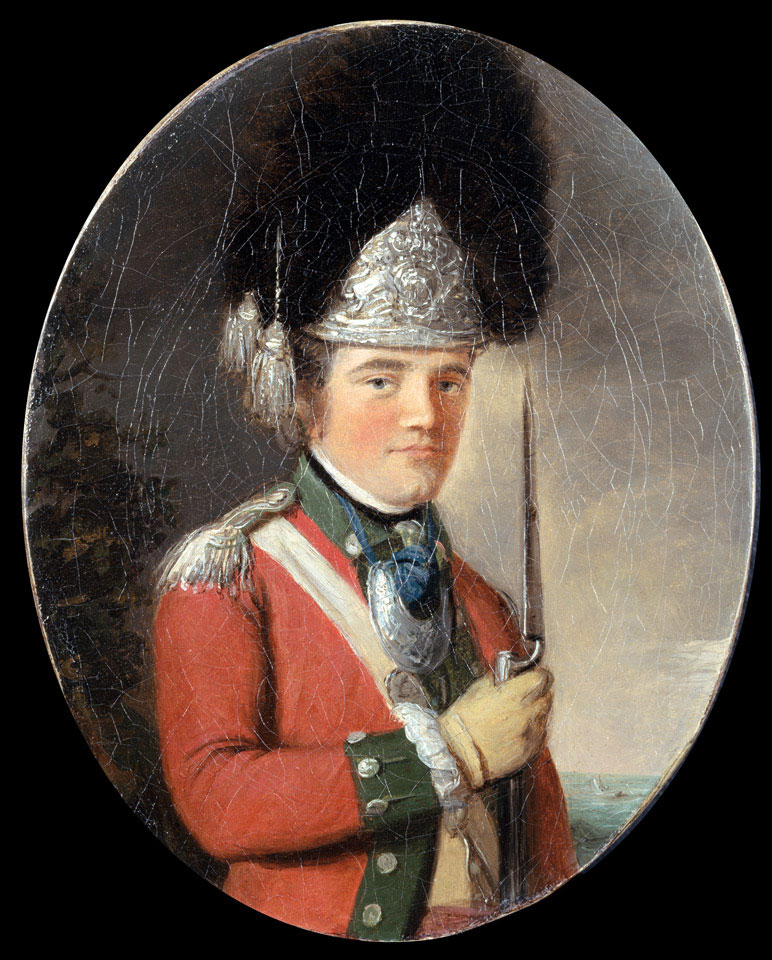 This officer wears a black bearskin cap with silver tassels and plates, which identifies him as a member of the grenadier company. He carries a fusil or light musket, a type of weapon which was often carried by officers and was usually privately purchased. His regiment is identifiable by the specific shade of its green facings, a very deep green, rather than gosling or willow green.

Each battalion of infantry included a grenadier company, intended to be composed of the tallest and strongest men in the unit. These companies were frequently grouped together as shock troops for especially hazardous duties.