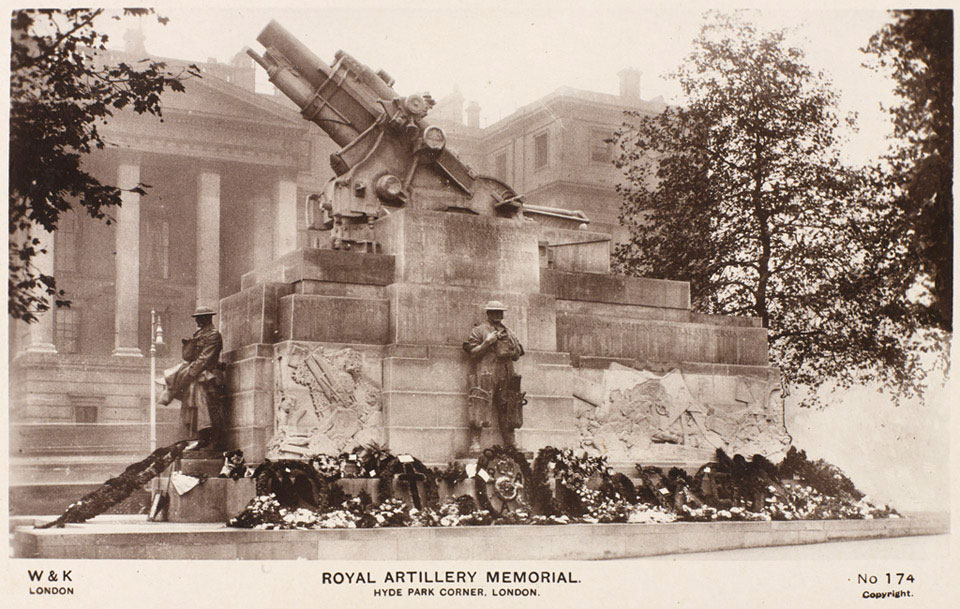 The memorial is dedicated to the remembrance of all ranks of the Royal Regiment of Artillery who lost their lives during the First World War (1914-1918). It was designed by the sculptor Charles Sargeant Jagger (1885-1935) and the architect Lionel Godfrey Pearson (1879-1953). The memorial was unveiled by Prince Arthur, the Duke of Connaught and Strathearn on 18 October 1925. It consists of a monumental sculpture in stone of a howitzer on a large plinth, with stone reliefs and four bronze figures of Royal Artillery personnel. Jagger was a veteran of World War One and received the Military Cross for gallantry. He was wounded at Gallipoli and on the Western Front.