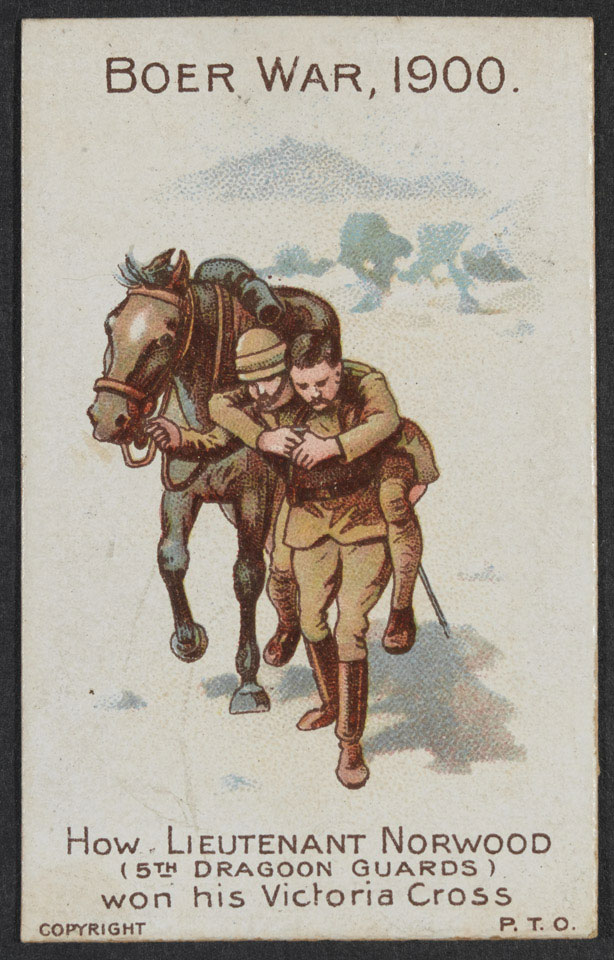 Educated at Abbey School, Beckenham, Rugby and Oxford, John Norwood (1876-1914) joined the 5th Dragoon Guards (Princess Charlotte of Wales's) on 8 February 1899. He was serving as a second lieutenant during the Boer War (1899-1902) when he won the Victoria Cross at Ladysmith in Natal. According to 'The London Gazette' of 20 July 1900:

'On the 30th October, 1899, this Officer went out from Ladysmith in charge of a small patrol of the 5th Dragoon Guards. They came under a heavy fire from the enemy, who were posted on a ridge in great force. The patrol, which had arrived within about 600 yards of the ridge, then retired at full speed. One man dropped, and Second Lieutenant Norwood galloped back about 300 yards through heavy fire, dismounted, and picking up the fallen trooper, carried him out of fire on his back, at the same time leading his horse with one hand. The enemy kept up an incessant fire during the whole time that Second Lieutenant Norwood was carrying the man until he was quite out of range'.

Later promoted to captain, Norwood was killed during the First Battle of the Marne on 8 September 1914.