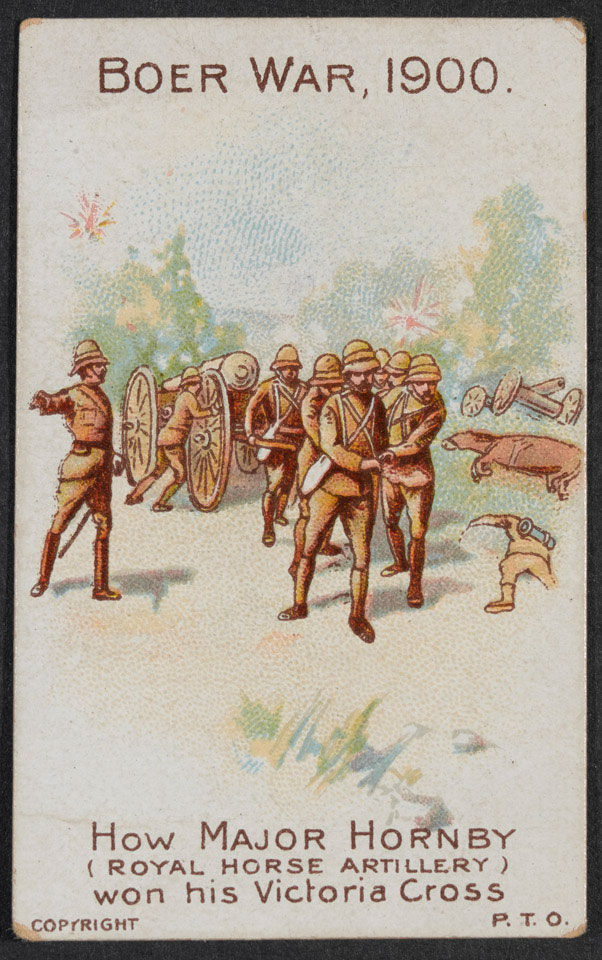 Cigarette card published by Morris and Sons Limited, one of a set of twenty cigarette cards commemorating winners of the Victoria Cross during the Boer War (1899-1902), 1900 (c).

This card depicts members of 'Q' Battery, Royal Horse Artillery, rescuing their guns from a Boer ambush on 31 March 1900. The artillerymen managed to rescue all but one of their guns. Every man in the battery showed considerable bravery and under Rule 13 of the Victoria Cross Warrant, four officers and men were nominated by their fellows for the award. They were the battery's commanding officer, Major Edmund Phipps-Hornby, Sergeant Charles Parker, Gunner Isaac Lodge and Driver Horace Glasock.