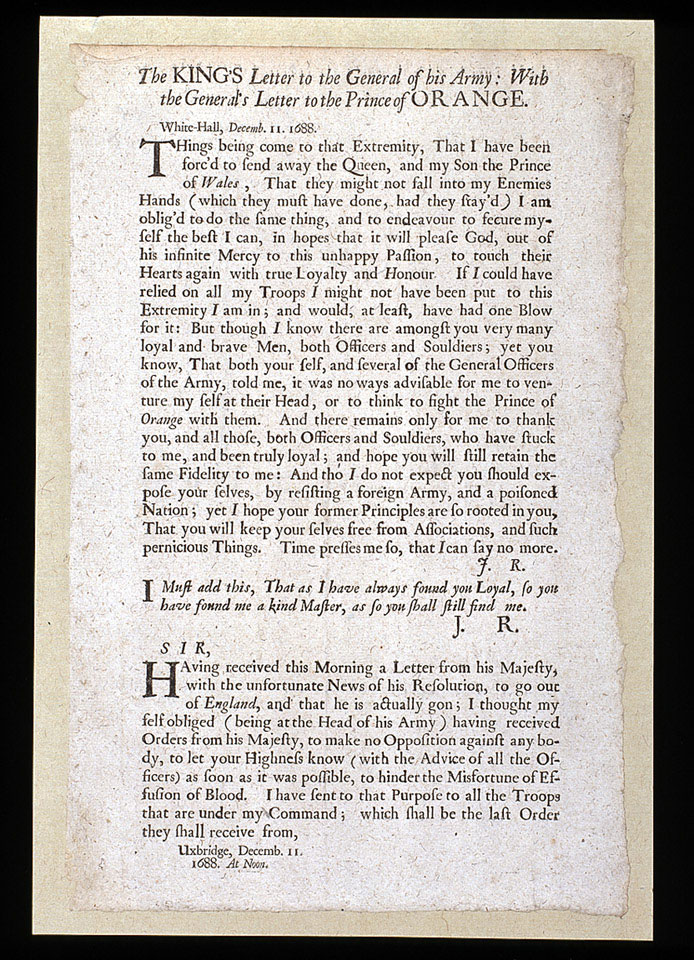 In a confused letter to the Earl of Feversham, the commander of his army, King James II suggests he is being forced to flee the country because he can no longer rely upon the loyalty of his troops.

Feversham interpreted James's ambiguous remarks about resistance to 'a foreign army, and a poisoned nation' to mean that he was absolved from further responsibility and he therefore disbanded the troops under his command. He then informed William of Orange, who had just landed in England, that he had done this to 'hinder the misfortune of effusion of blood'.