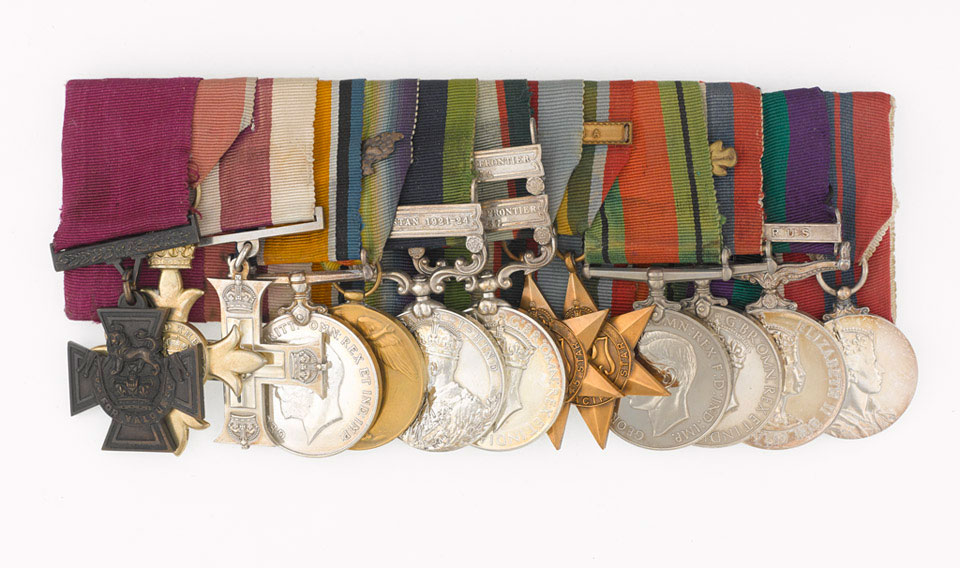 The citation for his award in 'The London Gazette' of 20 February 1942, describes how, 'By his outstanding gallantry, initiative and devotion to duty, he was largely instrumental in the safe withdrawal of the Brigade'.