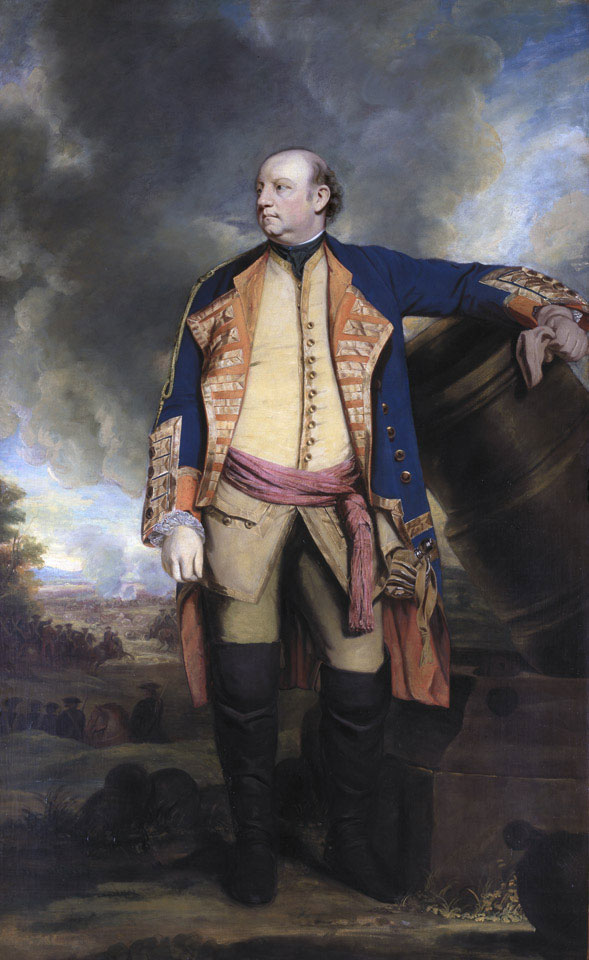 Hot-headed and known for his heavy drinking, the Marquess of Granby (1721-1770) also acquired a reputation for courage and leadership during the Seven Years War (1756-1763). He was given command of the British contingent after the Battle of Minden (1759), returning home to a hero's welcome in 1763. It was a testament to Granby's abilities that the first commission for a full-length portrait of him which Reynolds received was from Duc de Broglie, the French opponent whom Granby had defeated at the Battle of Vellingshausen (or Kirchdenkern), 1761.

As the eldest son of the 3rd Duke of Rutland, Granby had considerable advantages and started his career as the MP for Grantham. He was then commissioned as Colonel of the 'Leicester Blues', one of the controversial 'noble' short-service regiments raised to fight Bonnie Prince Charlie, the Young Pretender, in 1745. He became Colonel of the Royal Horse Guards in 1758, Master General of the Ordnance in 1763 and Commander-in-Chief of the Army in 1766.

Granby is shown here in his uniform as Master-General of the Ordnance, leaning on a 13-inch land service mortar, with troopers of the Royal Horse Guards riding towards a battle which rages in the distance.

Purchased with the assistance of the National Heritage Memorial Fund and the Art Fund (formerly the National Art Collections Fund or NACF).