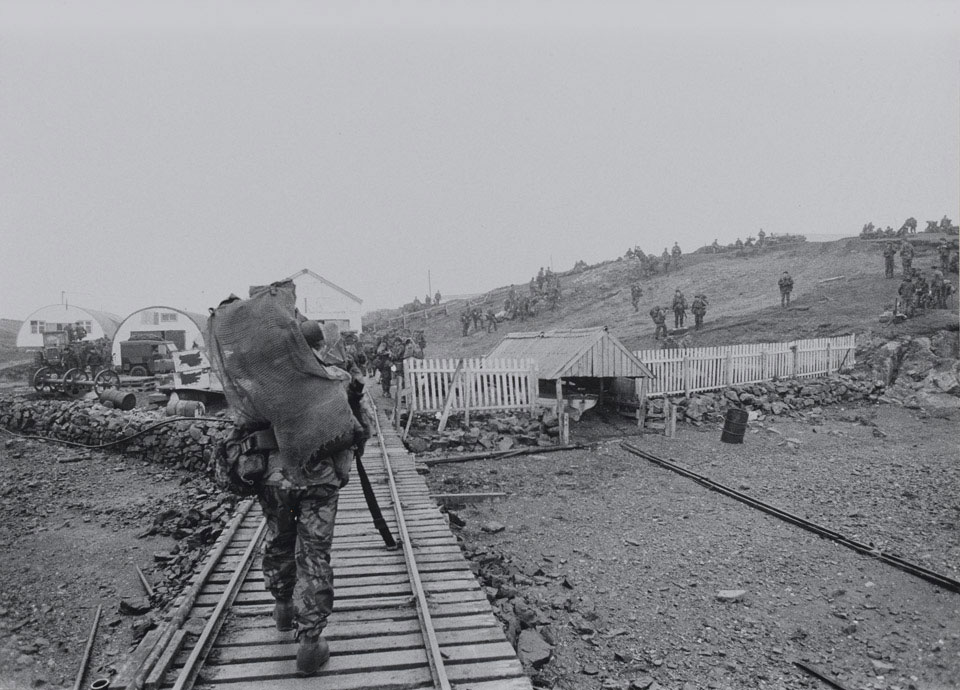 5th Infantry Brigade disembarking along the small jetty to reinforce the bridgehead at San Carlos, 1982