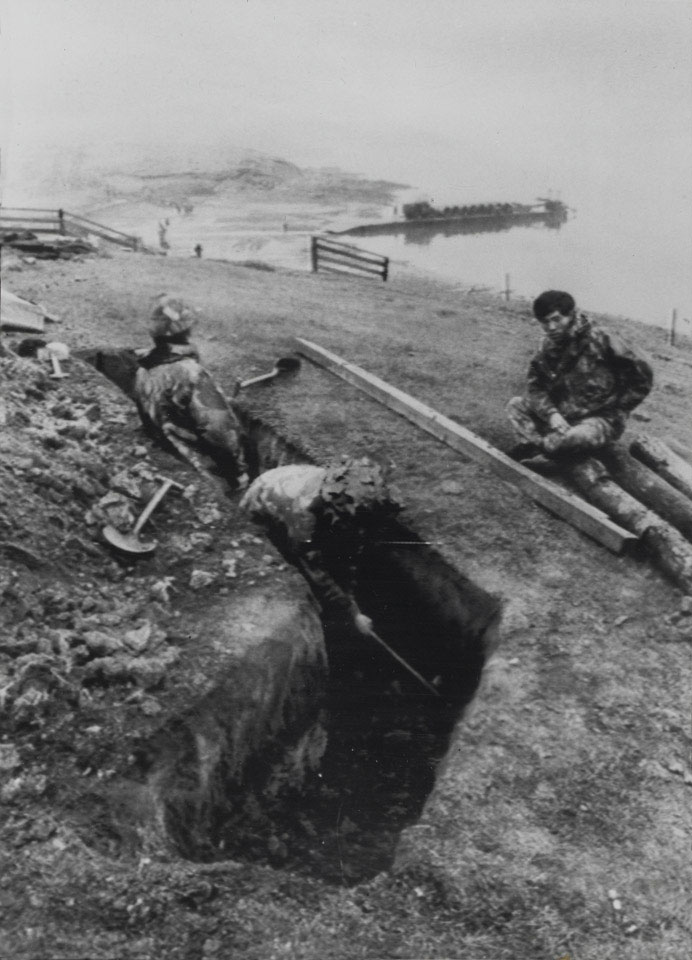 1st Battalion, 7th Duke of Edinburgh's Own Gurkha Rifles, served in the Falklands as part of the 5th Infantry Brigade. They played the key role in the attack on Mount William, which along with Mount Tumbledown and Wireless Ridge, was one of the key defensive positions around the capital of the islands, Port Stanley. Many Argentine soldiers surrendered to the Gurkhas without firing a shot - having been frightened by press rumours regarding the Gurkhas' bloodthirsty treatment of vanquished enemies.