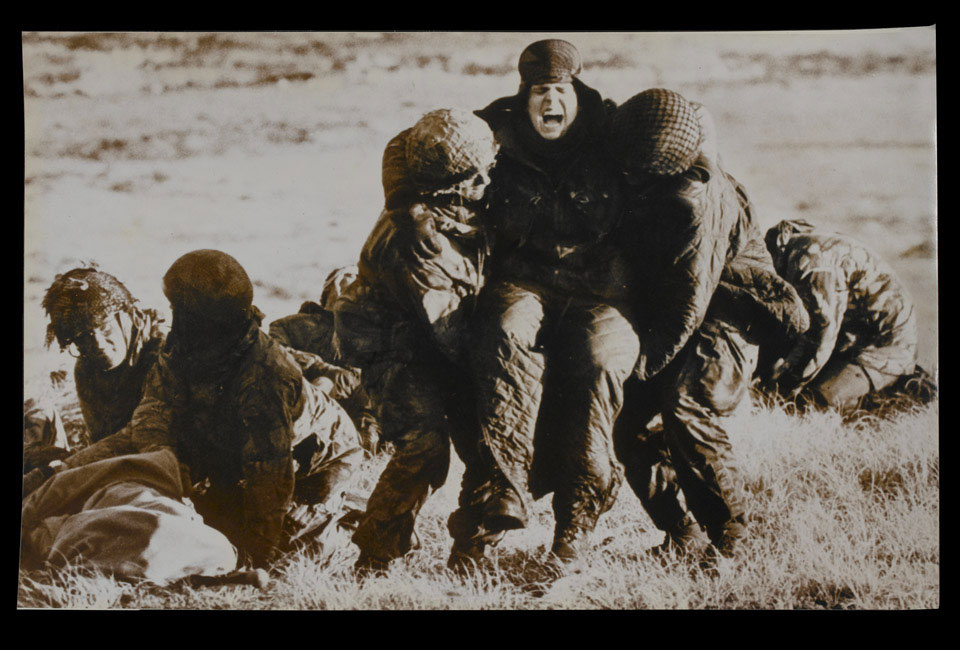 During the Falklands conflict the British forces showed a high standard of battle first-aid. For example, every wounded man, British and Argentine, who arrived at Surgeon Commander Rick Jolly's dressing station at Ajax Bay survived. It was nicknamed 'The Red and Green Life Machine'.