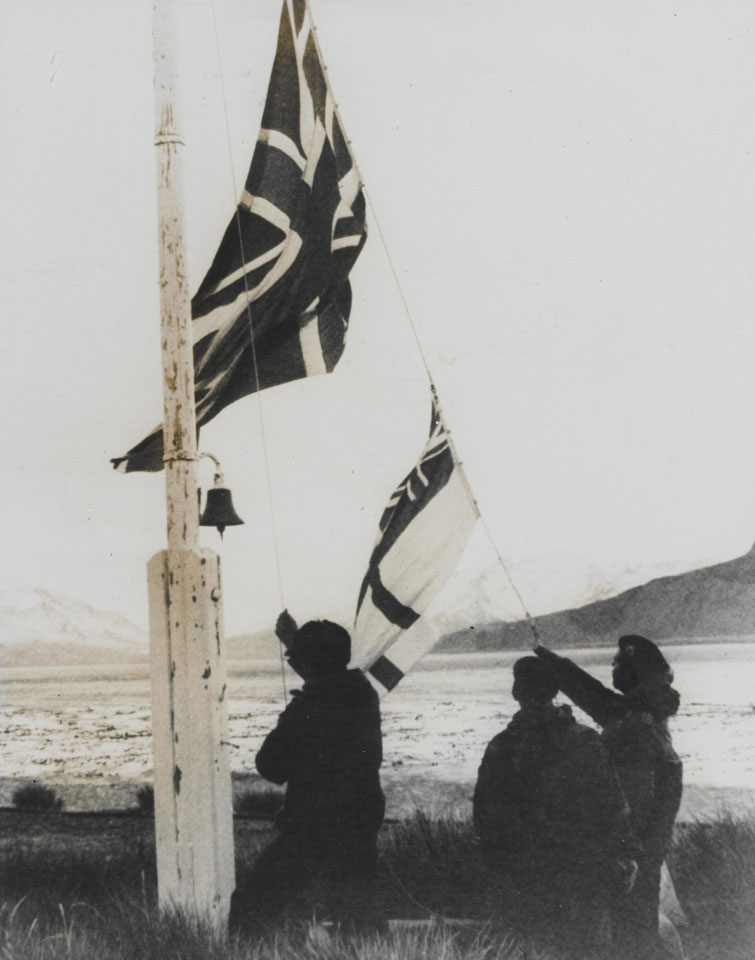 Members of the Royal Navy and Royal Marines hoisting the Union Jack and White Ensign over Grytviken, capital of South Georgia, April 1982

Before the Falkland Islands could be recaptured the island of South Georgia had to be taken. On 26 April 1982, after a short naval bombardment, a force of Royal Marines, Special Air Service (SAS) and Special Boat Service (SBS) went ashore and the Argentine garrison surrendered.