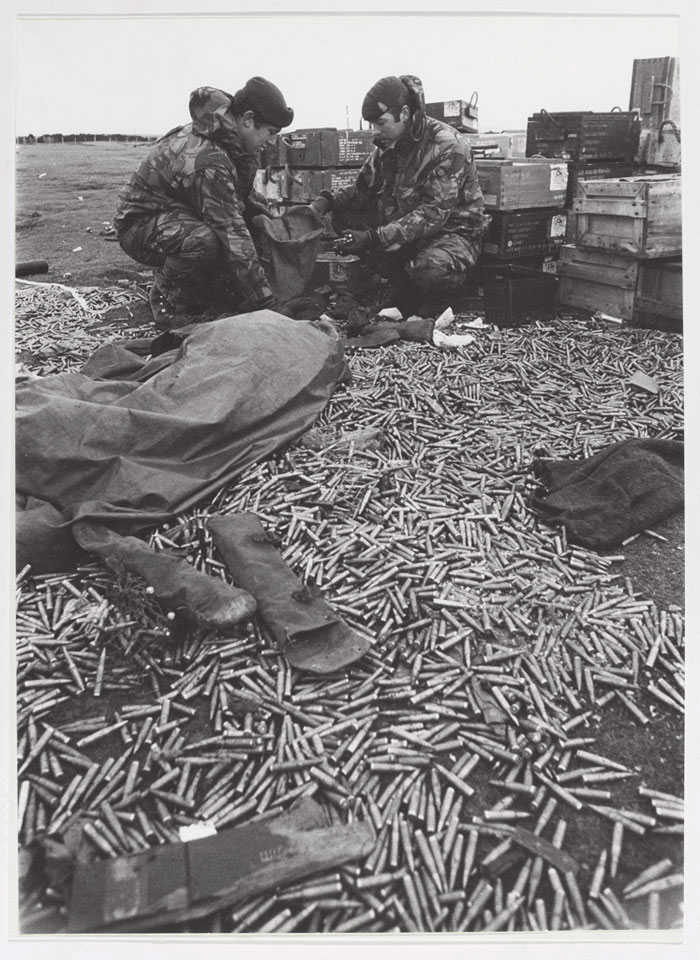 On 21 May 1982 British forces landed on East Falkland and established a firm bridgehead. With mounting losses at sea, the high command sought to gain the initiative with a quick victory on land. The 2nd Battalion The Parachute Regiment was tasked with capturing the isolated settlements of Darwin and Goose Green. After an arduous night battle, they faced a frontal attack in daylight over open ground with virtually no cover and inadequate fire support. When the assault stalled in the face of heavy Argentine defensive fire, the commanding officer of 2 Para, Lieutenant-Colonel Jones led a daring attack against an Argentine machine gun position, during which he was killed.

Despite his death, the Paras continued the assault with renewed ferocity. Using classic fire and movement tactics, they fought their way into the heart of the Argentine positions. The enemy garrison surrendered at dawn on 29 May.