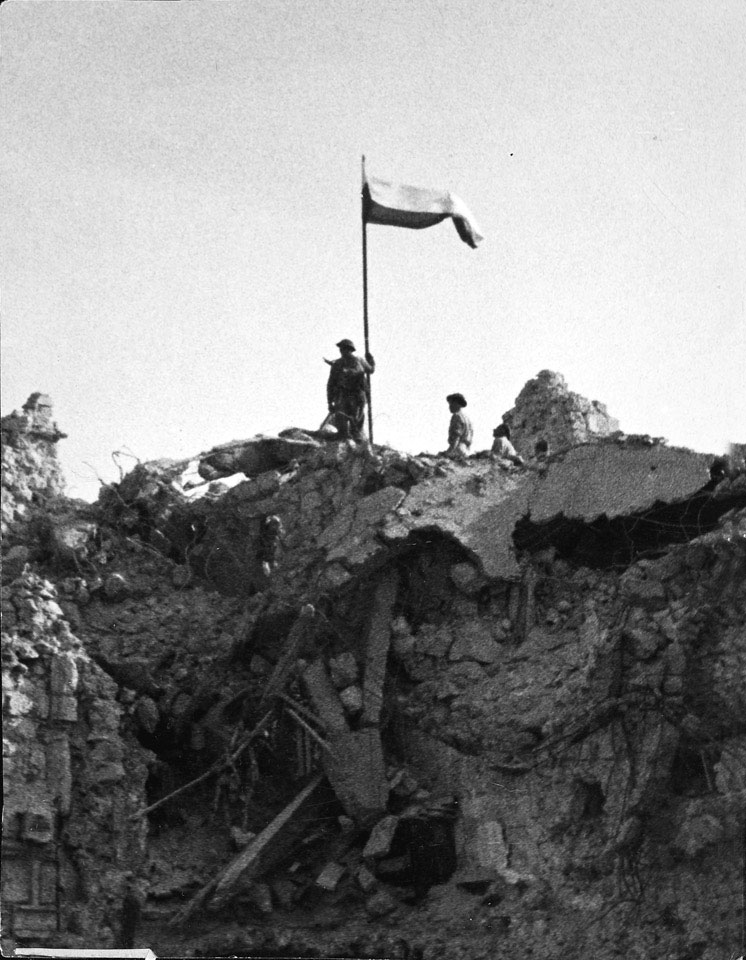 Poles of the 3rd Carpathian Division raising their flag over Monte Cassino, May 1944

The division was raised in 1942 from the Polish Independent Carpathian Brigade and the forces of General Wladyslaw Anders' 2nd Polish Corps which had been evacuated from the USSR. The division participated in the North African and the Italian campaigns as part of the 8th Army. During the latter campaign it played a leading role in dislodging the Germans from Monte Cassino, the key defensive position of the Gustav Line, which opened the way to Rome.