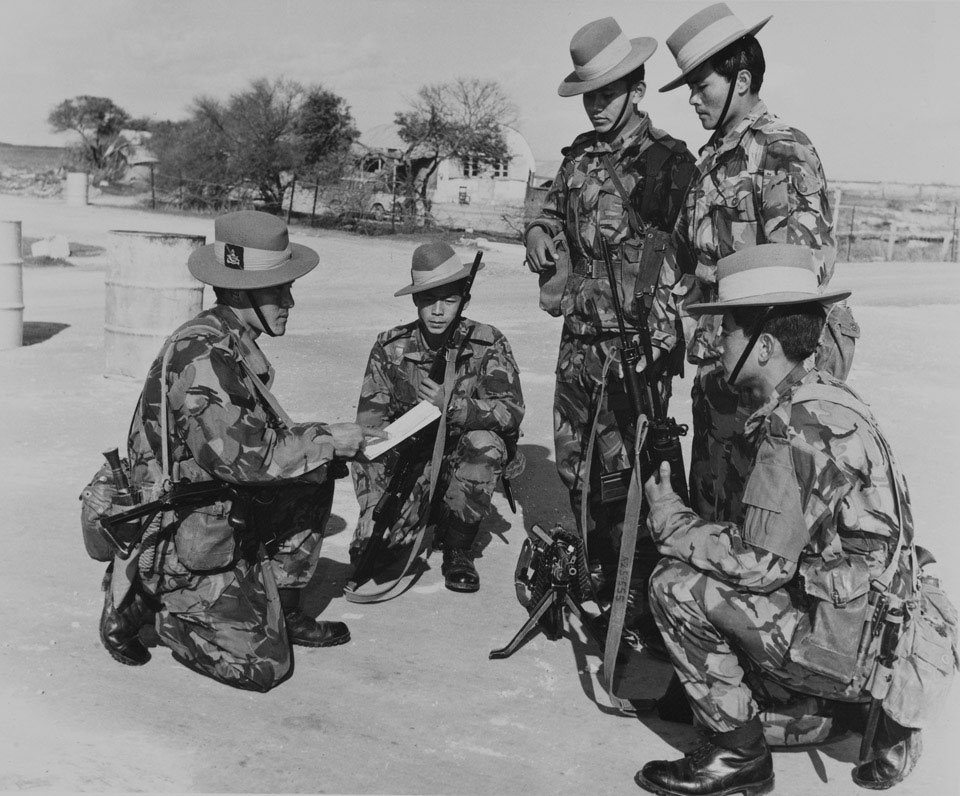 Gurkhas being briefed before moving out on patrol of the British Sovereign Base of Dhekelia, Cyprus, 1974

The 10th Gurkha Rifles were flown to Cyprus as reinforcements to the British base during the fighting between Turkish and Greek Cypriots after the invasion of the island by Turkish forces in 1974.