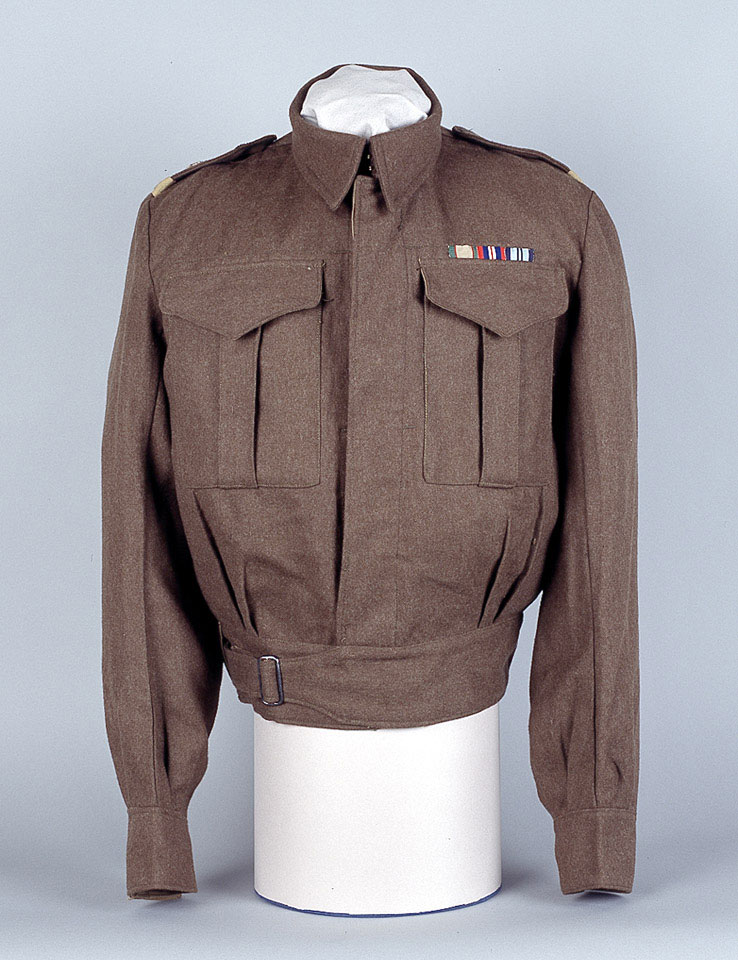 This khaki wool serge battle dress was worn by Lieutenant-Colonel Henry Burkitt (1913-1985), who served as a major between December 1939 and June 1945; for much of this period in India, initially with the 11th (Indian Territorial Force) Battalion of the Dogra Regiment, which had been raised in 1922 and was based at Jullundur in the Punjab.