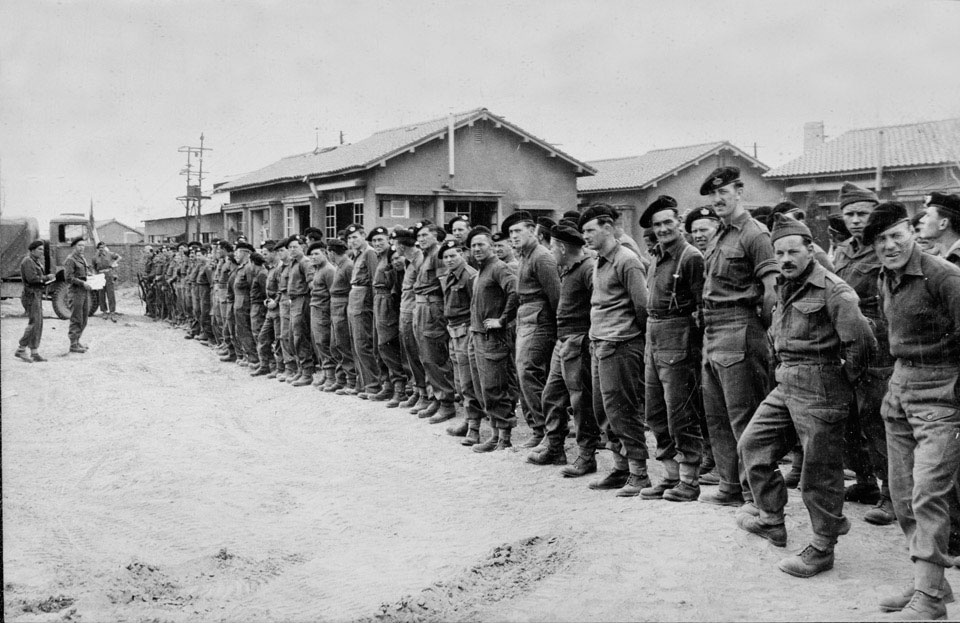 Roll call of survivors of the Gloucestershire Regiment after the Battle of Imjin River, 1951

From 22 to 25 of April 1951 around 750 men of the Regiment fought a force of over 10,000 Chinese regular troops. Towards the end of the battle 'The Glosters' were completely surrounded and running out of ammunition. Some men were reduced to fighting with bayonets and fists. Against overwhelming odds they held the line against the Chinese for four days.

When they were finally given the order to break out only 40 men managed to reach safety. The Chinese captured or killed the rest. The Gloucestershire Regiment's actions in delaying the Chinese allowed the rest of the United Nations forces time to regroup and block the advance of the enemy towards the South Korean capital Seoul.