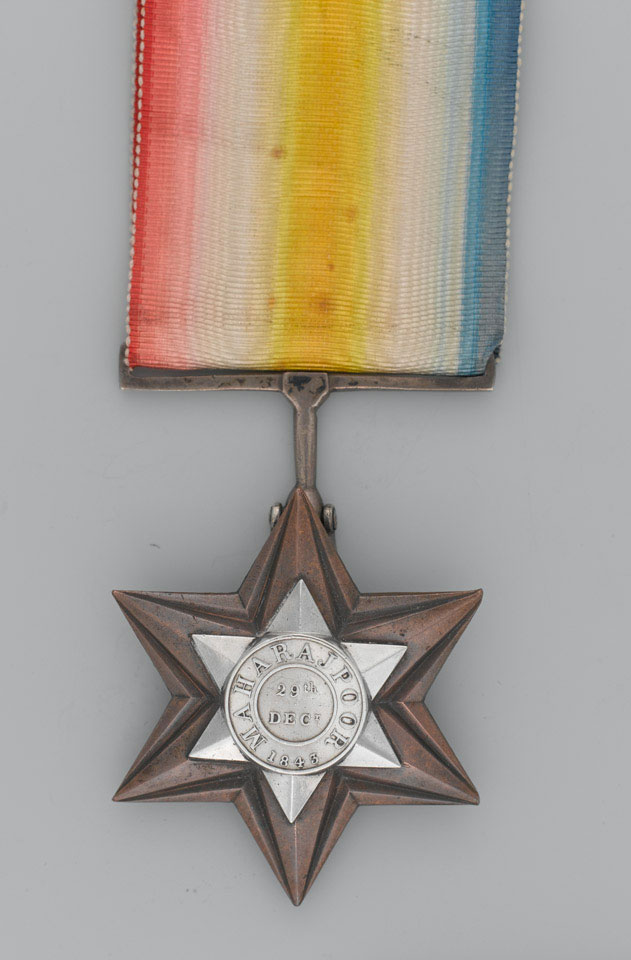 The Gwalior Star was awarded by the East India Company to soldiers who took part in the 1843 Gwalior Campaign against Maharaja Mahadji Rao Scindia. The six pointed star was made of bronze from guns captured during the fighting in Gwalior.

In the centre of the star is a silver disk, which bears the date 29 December 1843 and the name of either Maharajpoor or Punniar, battles which occurred on the same day during the campaign. Ketrick's medal bears the honour Maharajpoor, an engagement that saw General Sir Hugh Gough's two cavalry and three infantry brigades defeat a force of over 17,000 Marathas.