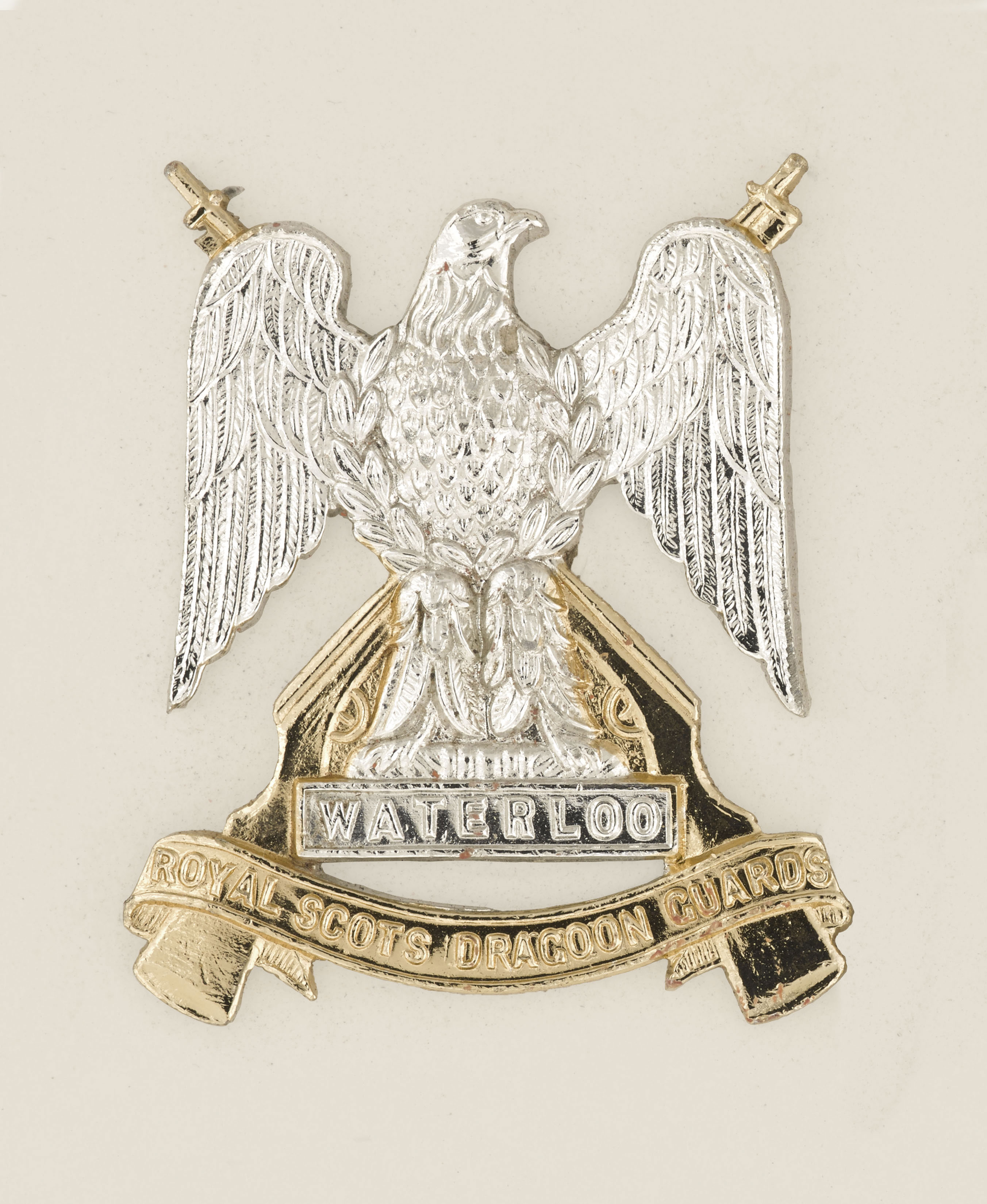 This badge consists of an eagle with outstretched wings with a wreath around its neck, standing on a tablet inscribed 'Waterloo'. This is superimposed on crossed carbines. Below is a scroll inscribed 'Royal Scots Dragoon Guards'.

This regiment was formed formed in 1971 through the amalgamation of the 3rd Carabiniers (Prince of Wales's Dragoon Guards) and the Royal Scots Greys (2nd Dragoons), giving it regimental ancestors dating back to 1681 and 1685 respectively. The eagle on the regiment's new badge commemorates Sergeant Charles Ewart of the Scots Greys who captured an eagle standard at Waterloo in 1815. The crossed carbines are taken from the badge of the 3rd Carabiniers.