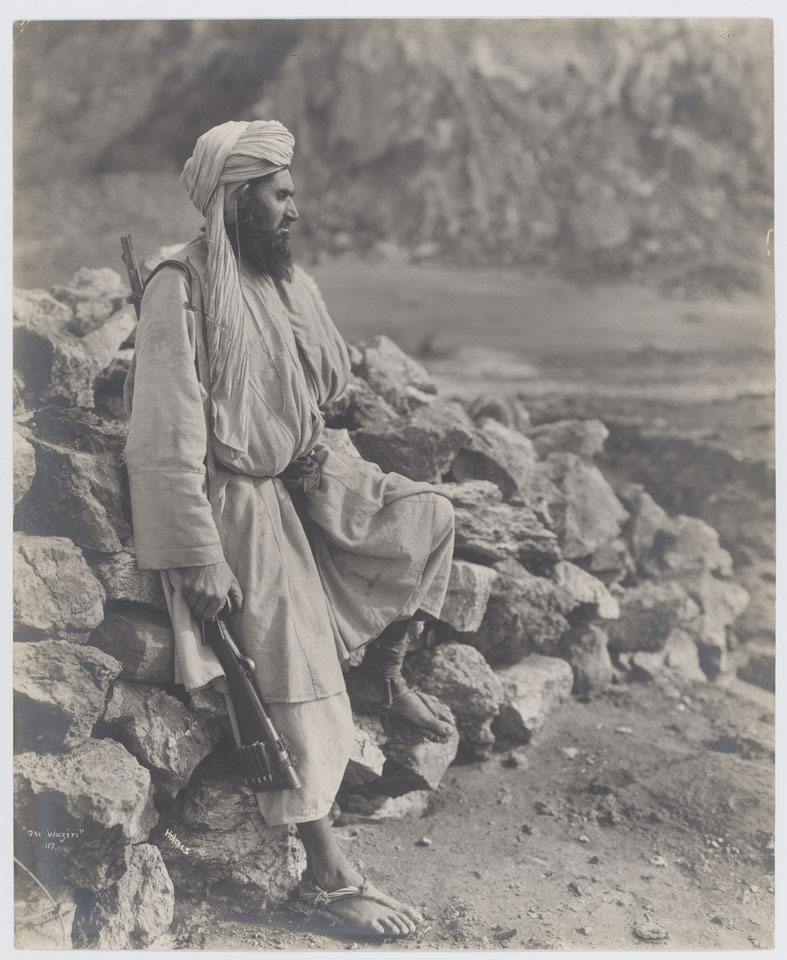 Waziristan was traditionally the most unruly region of the North West Frontier. Inhabited by fiercely independent tribes, including the Mahsuds and the Waziris (or Darwesh Khel), these proud warriors had honed their fighting skills by years of raiding the settled areas to the east, along the Indus, and by attacking the trading caravans that travelled to and from Afghanistan.

The Waziris consisted of the Tochi (or Utmanzai) Waziris who lived along the Tochi and Khaisora valleys, and the Wana (or Ahmadzai) Waziris who lived around Bannu and Wana. In 1919 their fighting strength was estimated at over 20,000 tribesmen. Apart from the Mahsuds, with whom they were frequently at war, the Waziris were the most formidable foes faced by the British on the frontier.

One of a collection of 12 photographs collected by Major-General J G Fitzgerald.