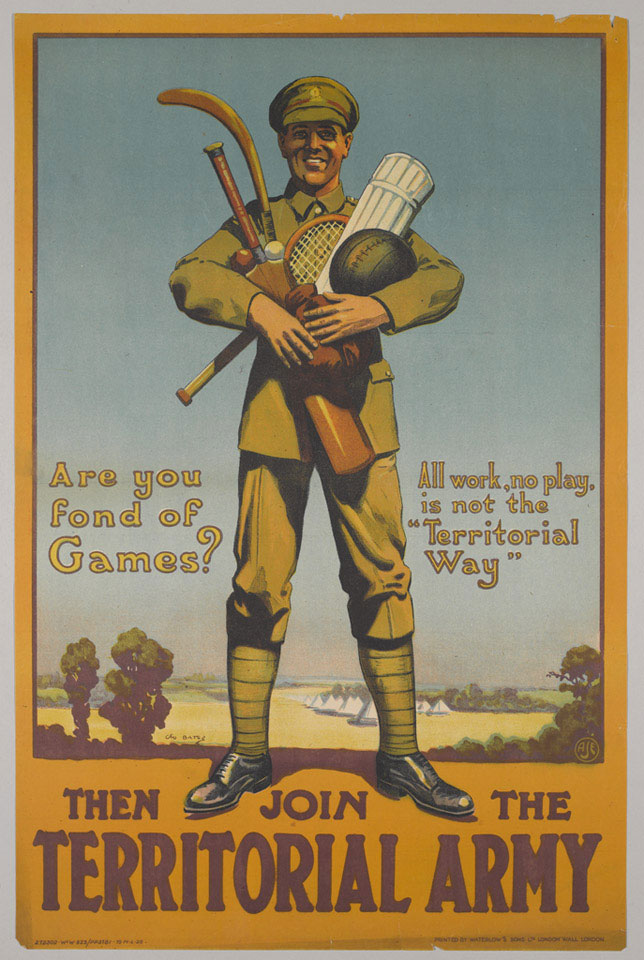 Although factors such as the desire to serve King and country, family influence, financial security and the opportunity to see the world have always been important in persuading men and women to enlist, sport has also played a major role in Army recruitment. This was especially true for officers from the sport-dominated public schools.

However, by the late 19th century sport was such a key part of British popular culture that working class men were no doubt equally attracted by the opportunity to exercise their athletic prowess. Certainly, access to facilities and equipment, alongside the amount of time given over to play, would have been appealing to soldiers from both classes. This recruitment poster accordingly appeals to prospective soldiers' love of sport.