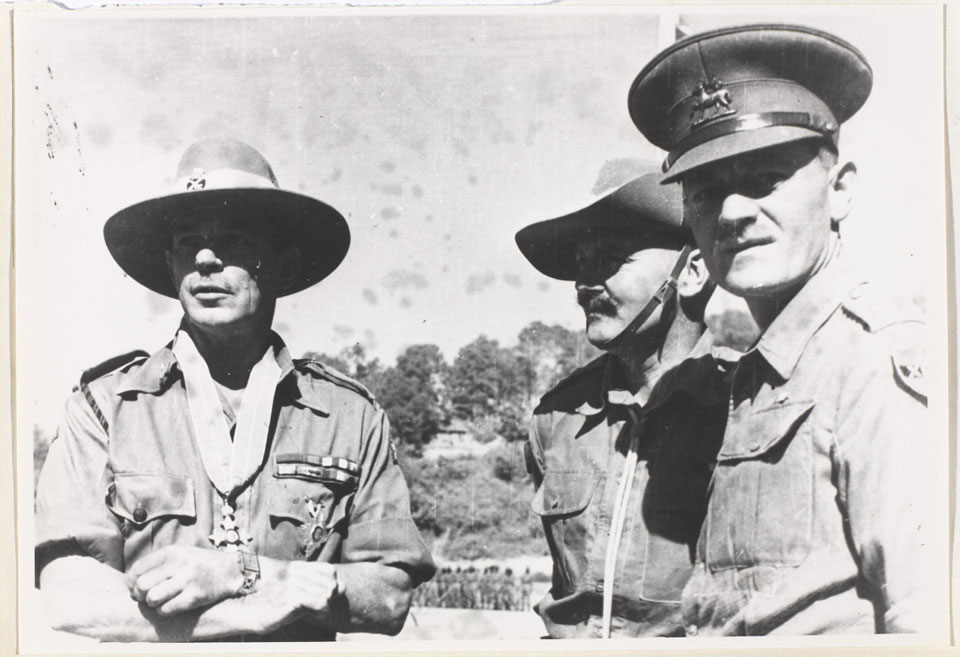 Lieutenant-General Stopford, Commander of 33 Corps during the Battle of Imphal, 1945

Pictured to the left of this group of senior officers, Montagu Stopford (1892-1971) commanded the British-Indian 33rd Corps, which relieved Kohima and Imphal in April-June 1944. For his services during the battle he was knighted by the viceroy Lord Wavell in December 1944. Stopford later led the 12th Army in Burma before serving as Commander-in-Chief of South East Asia Command from 1946 to 1947.

From a collection of 563 loose photographs from the Burma Memorial Collection of Major Jim Allan.