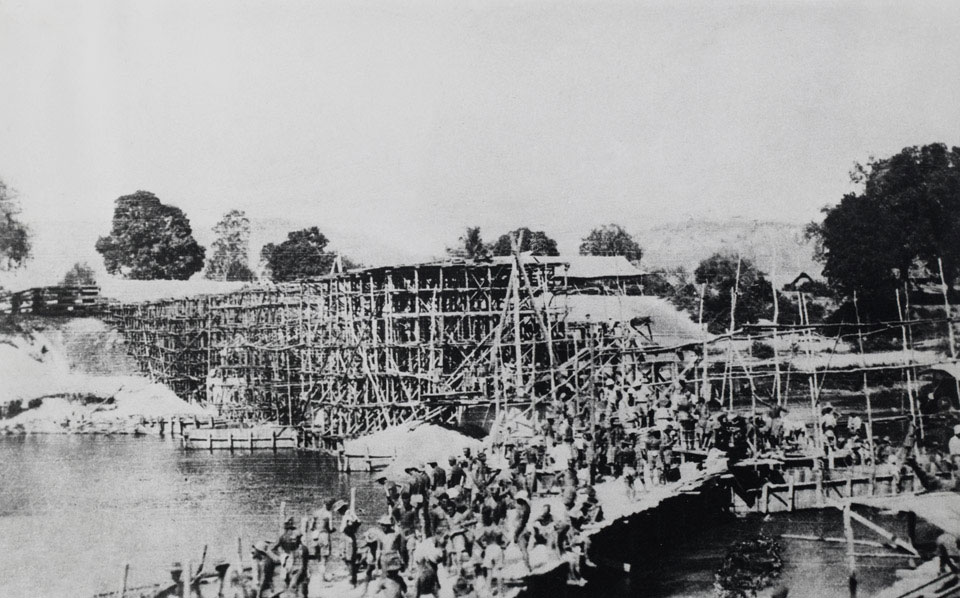 The building of the bridge over the River Kwai taken by a prisoner of war, 1943 (c)

Between October 1942 and December 1943, the Japanese used forced labour to build a railway that cut 260 miles (420 km) through mountainous jungle to link Burma and Siam (now Thailand). The project was designed to safeguard the passage of military supplies from Singapore and Bangkok to the Japanese armies fighting in Burma. The previously used sea route had become too risky. Building the railway led to the deaths of around 15,000 Allied prisoners of war and over 80,000 Asian civilians from over-work, disease and starvation. The Japanese used the railway until April 1945, when parts of the line and the famous bridge over the River Kwai (Khwae Yai) were destroyed in Allied air raids.

From a collection of 563 photographs from the Burma Memorial Collection of Major Jim Allan.