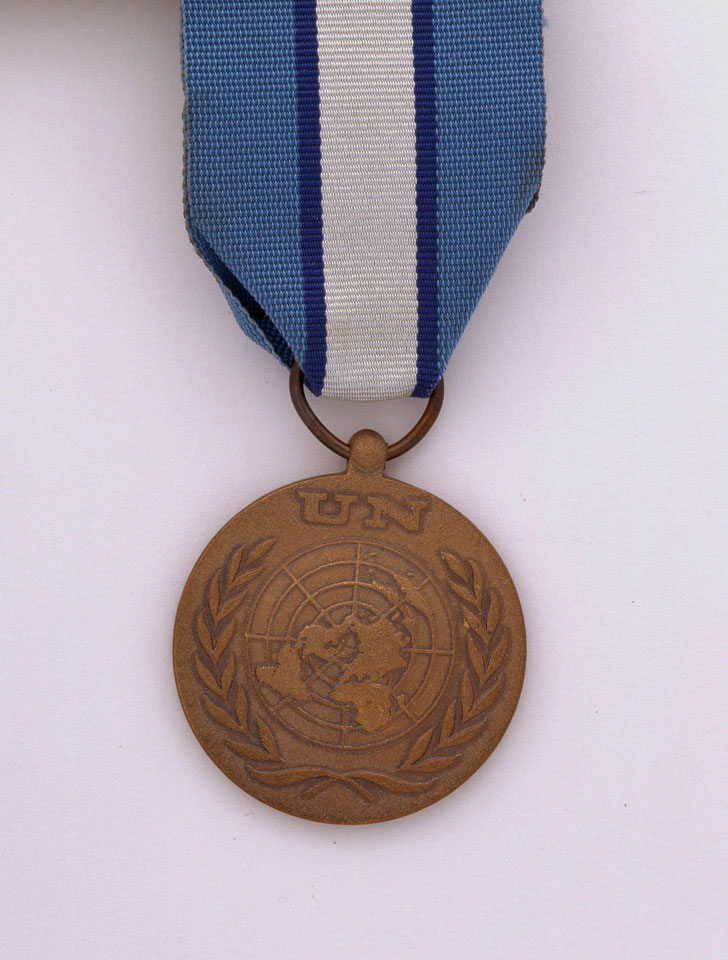 The United Nations Cyprus Medal is awarded to soldiers who have completed three months' service keeping the peace between Greek and Turkish Cypriots. The medal ribbon has three equal bars, one of white in the centre and two of United Nations blue at either end. The bars are separated by two narrow bands of dark blue symbolising the Mediterranean Sea.