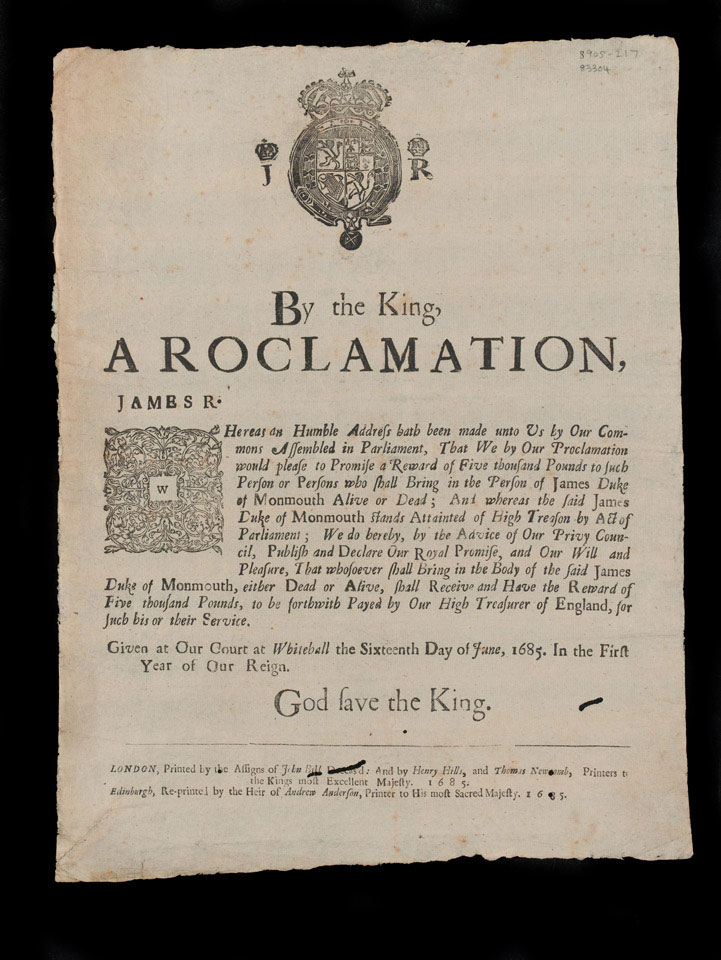 In 1685 the Protestant Duke of Monmouth attempted to overthrow his uncle King James II. In July of that year his rebellion was crushed at the Battle of Sedgemoor and he was captured, condemned for treason and executed.

James had raised substantial forces to combat this rising and Parliament voted him the supplies to support them. When it became evident that he intended to keep a large army, even after the danger had passed, many began to reassess their support for him.

James used Monmouth's rising as an excuse to ask Parliament to repeal the Habeas Corpus Act (1679). He also retained a number of Catholic officers that he had commissioned in defiance of the Test Act (1673). All of this sparked fears that he was steering England towards royal absolutism and Catholicism.