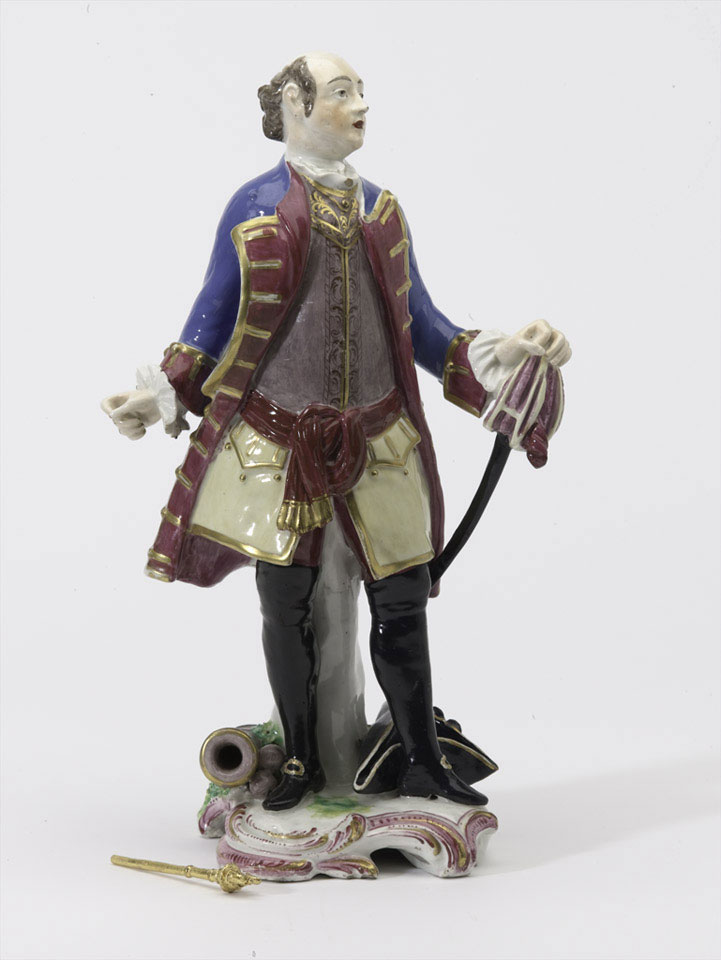 John Manners, Marquess of Granby (1721-1770), depicted here in the uniform of Colonel of the Royal Horse Guards, became famous for his exploits on the battlefield, especially as a leader of cavalry. His role in the actions of Minden (August 1759), Warburg (July 1760), Vellinghausen (July 1761) and Wilhelmstahl (June 1762) earned him a reputation as a great battlefield commander. He was also regarded as kind and charitable to his fellow soldiers. His popularity and celebrity led him to be commemorated in paintings, on ceramics and on medals. Some old soldiers retired to run pubs, which they named after Granby. Many of them still exist today.