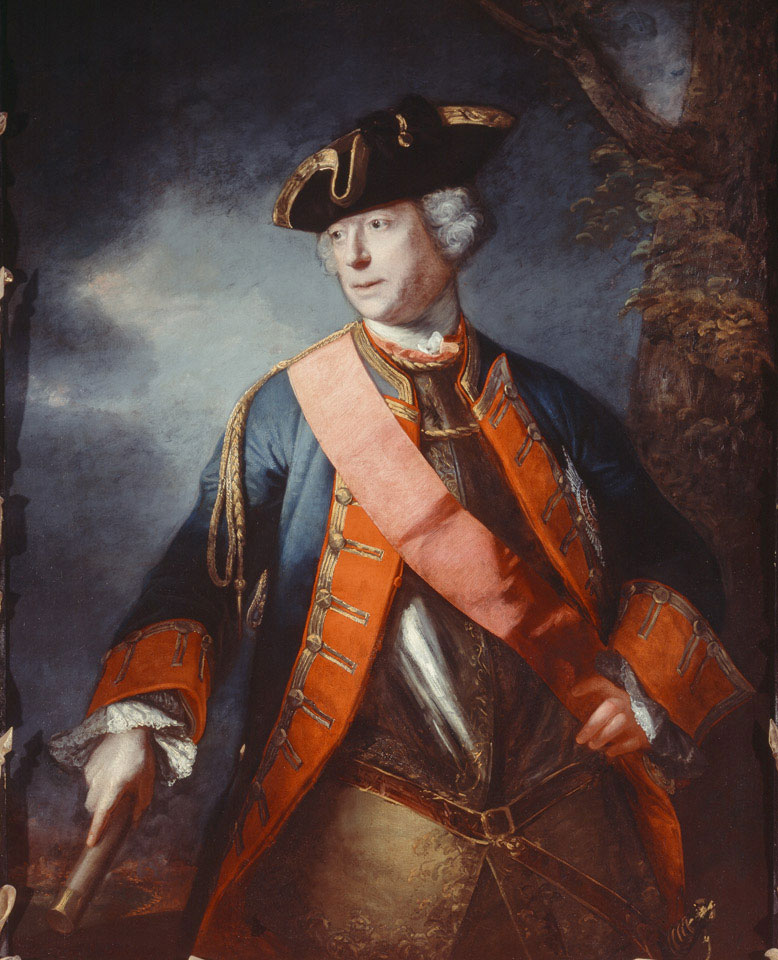 In 1753 Ligonier (1680-1770) became Colonel of the prestigious Royal Regiment of Horse Guards (the Blues) and he is depicted here in regimental uniform, with the sash and badge of the Order of the Bath. The son of a refugee Huguenot family, Ligonier became a naturalized Englishman in 1702. He promptly joined the Army as a volunteer and saw action at all the major battles in the War of the Spanish Succession (1702-1713). His military career flourished and he was appointed aide-de-camp to King George II in 1729.

In 1742 Ligonier was sent to Flanders in command of a division fighting in the War of the Austrian Succession (1740-1748). As a reward for his gallant behaviour at the Battle of Dettingen (27 June 1743) George II dubbed him knight banneret, an honour only conferred on the battlefield: it was the first occasion this had been done since the Battle of Edgehill in 1642. Perhaps Ligonier's greatest feat of arms was at the Battle of Laffeldt or Lauffeld (1747) where, aged 67, he led a desperate cavalry charge which preserved the Duke of Cumberland's beaten army from destruction.

Taking a prominent role in the government of William Pitt the Elder during the Seven Years War (1756-1763), Ligonier was created field marshal and Commander-in-Chief of the Army in 1757. He was given an earldom in 1766 and died four years later, in his 90th year. He is considered by many to have been the greatest British soldier between Marlborough and Wellington.