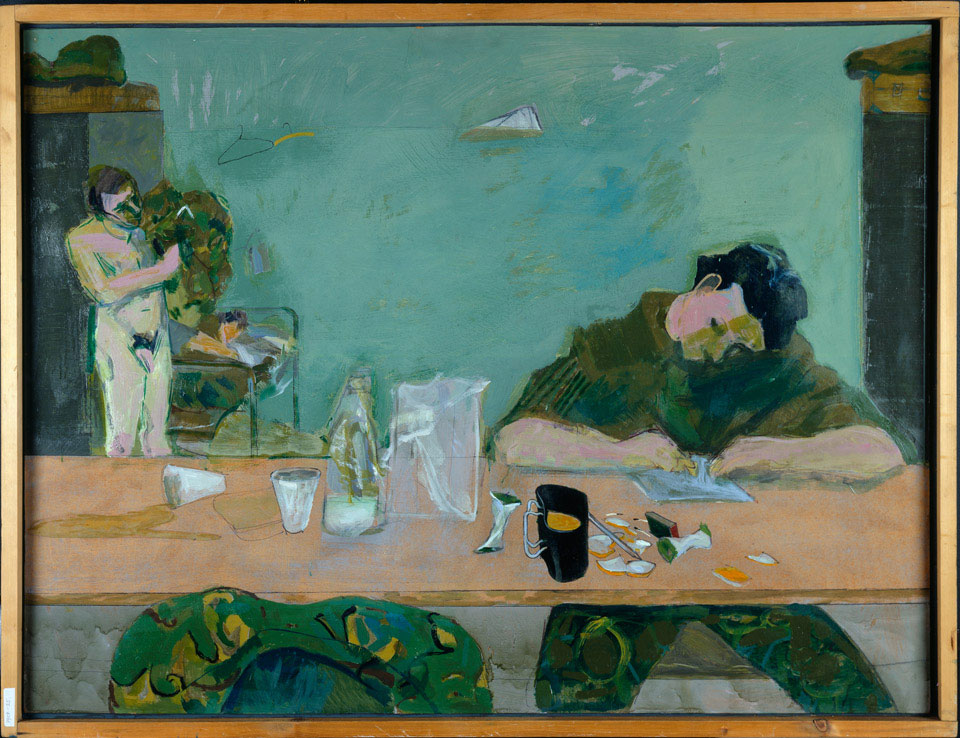 This painting of a young soldier writing a letter is based on a drawing from life. The soldiers' Spartan accommodation at Hastings Street, Belfast, was in a former flour mill. The term 'lines' for any accommodation where troops were quartered probably dates back to the days when the Army camped in lines of tents on campaign.

It was the task of each battalion's Reconnaissance (Recce) Platoon to keep track of crowd movements and report on any perceived threat. The 3rd Battalion, The Royal Anglian Regiment, arrived in Belfast in April 1972, and initially all seemed quiet. However, within 48 hours there were seven shootings, an armed robbery, three bomb hoaxes and two crowd disturbances.