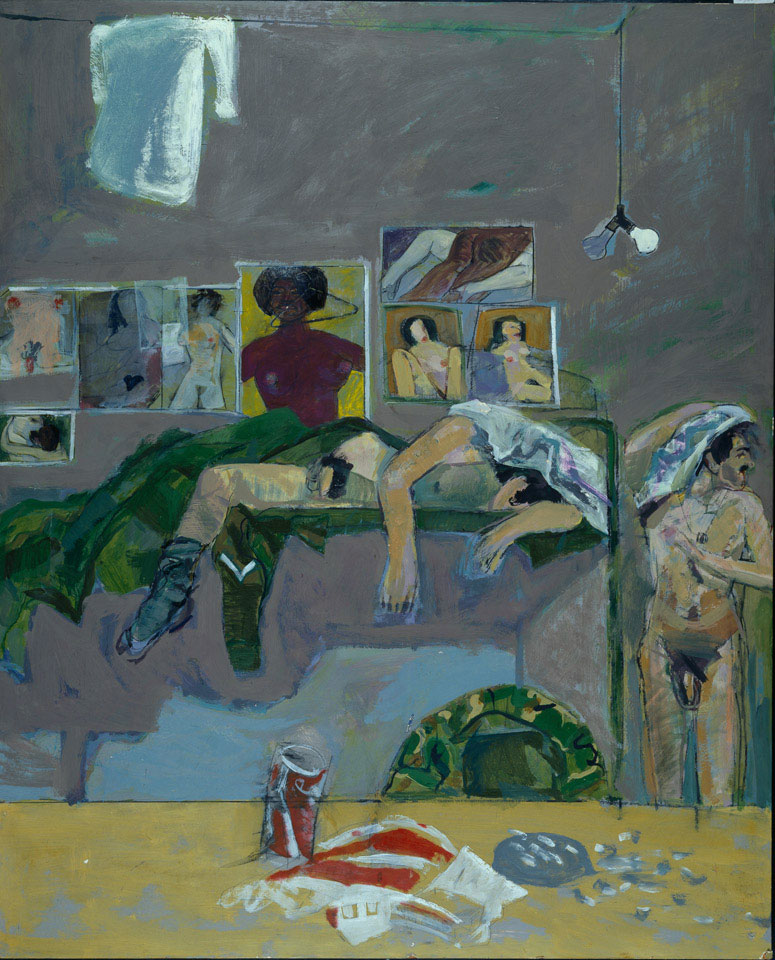 With the rapid increase in the number of troops stationed in Northern Ireland from 1969, living space for the Army was a problem. Accommodation was in very short supply and soldiers were often billeted in old, empty buildings such as mills and factories: consequently, the living conditions were usually quite basic.

Early on Easter Sunday morning in 1971 the artist encountered the discordant sight of a company quartered in a Belfast church. The church had been converted into a makeshift barracks, fitted out with tables and beds, while the soldiers had made a clothes-line out of a light cord.