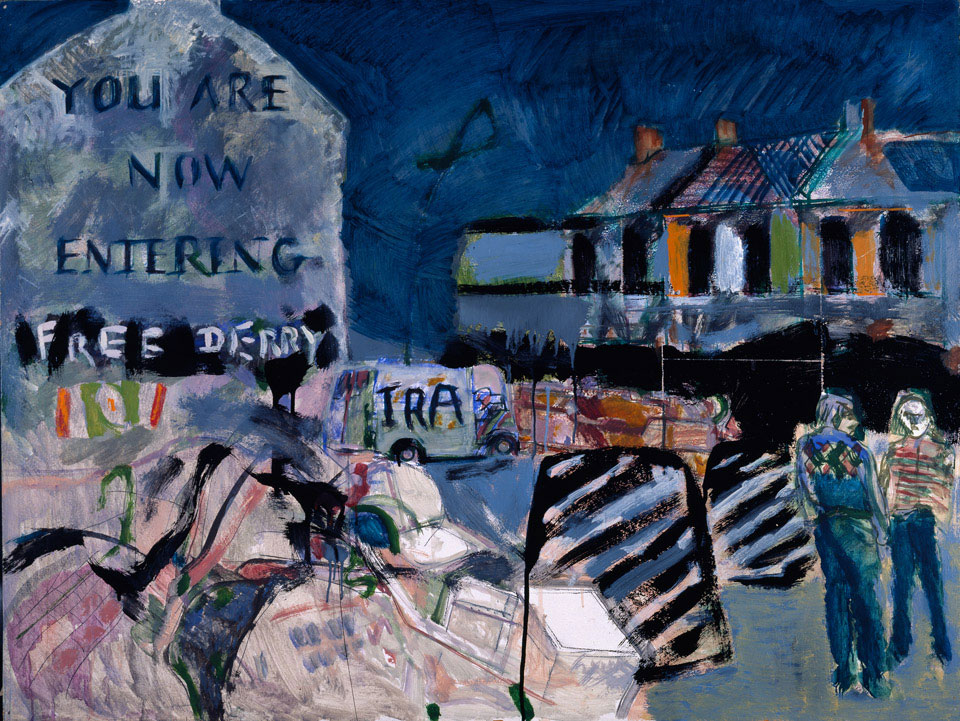 The end-of-terrace wall bearing the Republican message, 'You Are Now Entering Free Derry', on the corner of Lecky Road in Londonderry became an iconic image of 'the Troubles'. To this day, the wall with the slogan 'Free Derry Corner' still survives. In 1973 the artist was taken to see this landmark while staying in the city with a former colleague. The year before the bottom line of the slogan had been painted over, probably by the Army, but by the time the artist saw it the words had been temporarily restored in white.

Lillford was struck by the detritus forming layers of barriers: the tangle of rubbish, old fridges and broken brickwork in a heap in the left foreground, the striped concrete bollards (dragon's teeth), and the overturned orange vehicle and wheel-less van beyond. To the right, two teenage boys act as guards and messengers, checking on anyone seeking to pass the barricades.

The name Londonderry, with its reference to England's capital city, is contentious in Northern Ireland. Official attempts to be even-handed about naming it have given rise to the nickname 'Stroke City', as in 'Londonderry/Derry'.