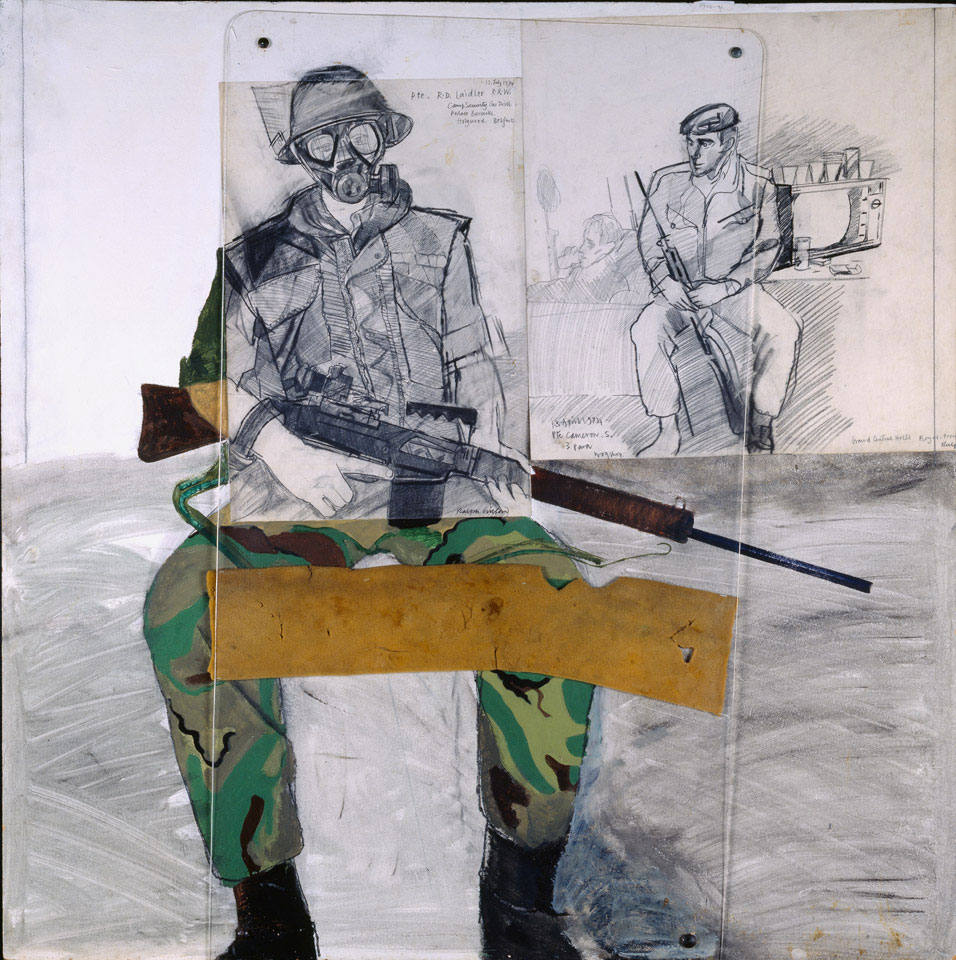 Mixed media on chipboard and paper by Ralph Lillford, 1974.

Seated in the barracks guardroom, Private Laidler wears an fragmentation vest or flak jacket, a 1944 pattern steel helmet fitted with face visor, and an anti-gas respirator, while cradling his L1A1 Self-Loading Rifle (SLR). This weapon was the first SLR issued to the British Army. Laidler's weapon is fitted with a SUIT (Sight Unit Infantry Trilux) sight, as an aid to marksmanship in poor visibility. It became common practice in Northern Ireland to loop one end of the rifle sling around the wrist, to prevent the weapon from being snatched during a riot.

Normally respirators were only worn by troops when using CS gas to disperse rioters. Flak jackets gave some protection against missiles and Improvised Explosive Devices (IEDs) such as blast and nail bombs. Laidler is literally seen behind a perspex riot shield that would have been made, like his helmet visor from the specially-developed, shatterproof material, Makrolon. The padding gave additional protection for the arm, when the shield was being battered by projectiles.

The study on the right was drawn during a visit to Belfast in April 1974, and shows Private Cameron of 3rd Battalion The Parachute Regiment and a comrade watching television in the basement of the Grand Central Hotel, the principal Army billet in Belfast.

Between 1971 and 1976, drawn by an interest in the civil conflict, Ralph Lillford made repeated trips to Northern Ireland to draw what he saw in the streets. In 1974 the artist spent a week in July at the Palace Barracks as the guest of The Royal Regiment of Wales.