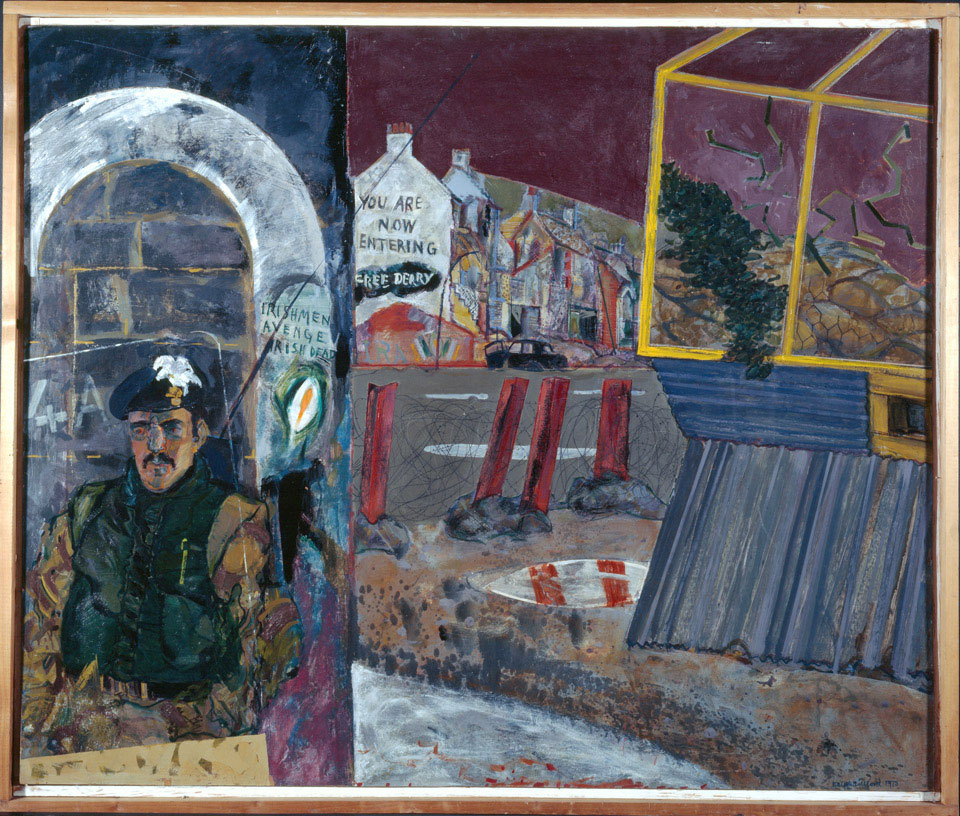 Oil on hardboard by Ralph Lillford, 1975.

The soldier standing to the left is from The Royal Welch Fusiliers and wears a fragmentation vest, or flak jacket, and carries a riot shield and a manpack radio. Against the dark wall his shiny cap badge could provide a target for terrorist snipers, and so these were replaced by 'subdued' (black) badges. Fusiliers like this soldier continued to wear their hackles (feather plumes) proudly. To the right of the soldier is a sangar, a military observation post, of the type installed at strategic points in and around the city. They were originally improvised constructions of corrugated iron, wood, mesh, sacking and camouflage material which could be put up almost anywhere, to provide cover for soldiers on street look-out duty.

Although the derelict house with the message 'You Are Now Entering Free Derry' refers to a specific location, the Easter lily and its slogan, from which the picture takes its title, were taken from separate graffiti in the area. The artist described Londonderry as a beautiful town however the scene is one of desolation. Nothing habitable is left, from the burnt house with the bricked-up door to the roofless and dilapidated houses in the distance. Across the barbed wire, an echo of First World War landscapes, the central focus is an abandoned car with a wine-red sky beyond adding to the air of menace.