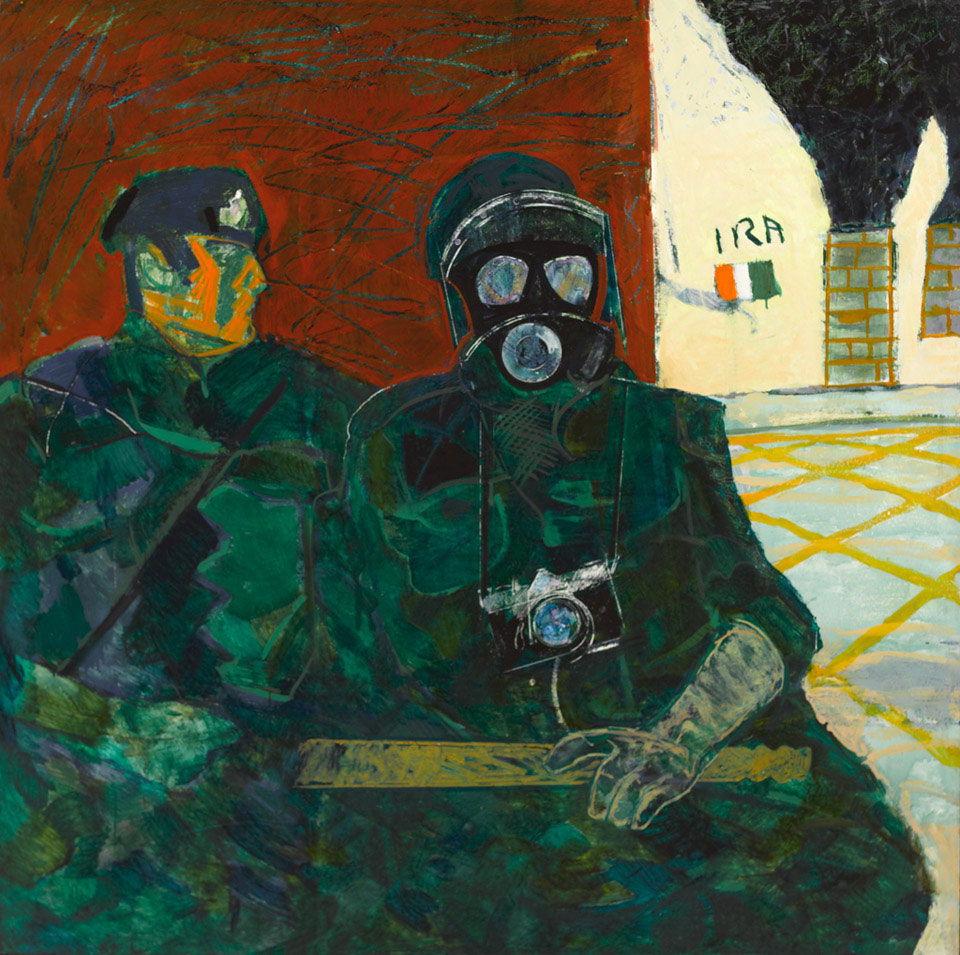 Armed with anti-riot batons, these two soldiers have taken cover behind a wall. They both wear fragmentation vests, or flak jackets, over olive drab combats with cotton net face veils as cravats, which could be pulled over the face for additional camouflage. The soldier masked by his anti-gas respirator has a camera around his neck and is clearly on an intelligence-gathering mission, so can expect to be targeted. Making use of such equipment as was available, he wears NBC (nuclear, biological and chemical warfare) gloves against acid or petrol-bombs.

Across the road, the Irish flag with Irish Republican Army's initials above show this is a Republican area. The criss-cross patterning of yellow lines indicating a box junction on the road, the breeze-blocks on the far side, the scratched terracotta wall, and the soldier's textured clothing are all visual disruptions that help to create feelings of tension and unease.