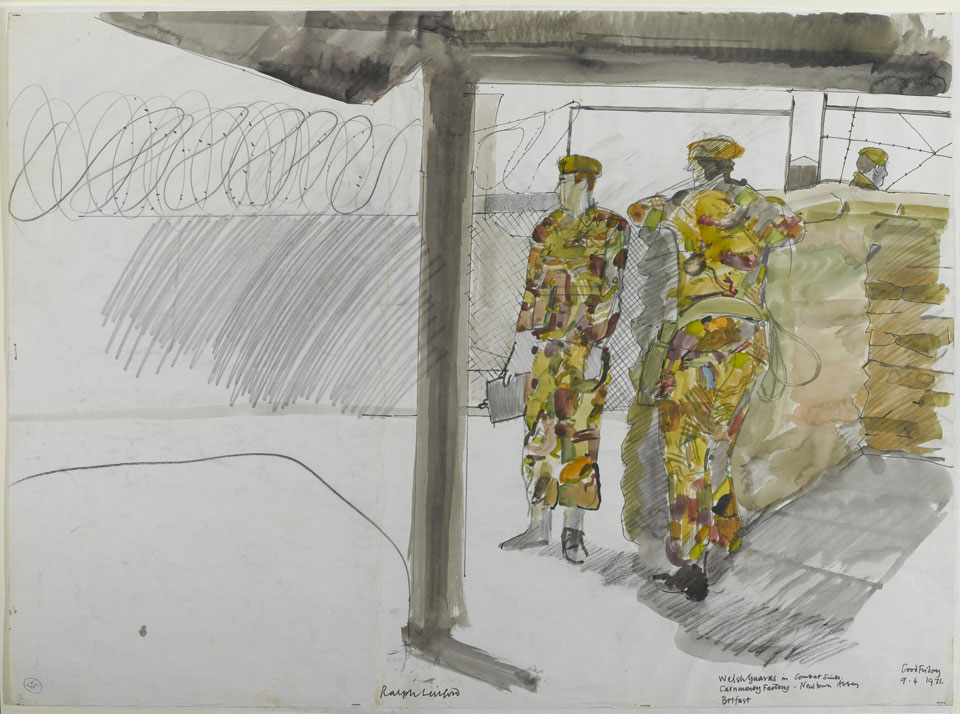 Graphite and watercolour by Ralph Lillford, 1971.

These Welsh Guardsmen are on guard duty at a factory at Carnmoney, north of Belfast, in temporary use as a base. The Guardsman on the right is wearing a webbing belt with a water-bottle pouch on his left hip; by his right side, a pistol lanyard hangs in loops. Although lacking fragmentation vests, commonly known as flak jackets, and only protected against small arms fire and blast bombs by the wall of sandbags, they would have been especially vigilant at Easter, a memorable time of year for Republicans since the Easter Rising of 1916.