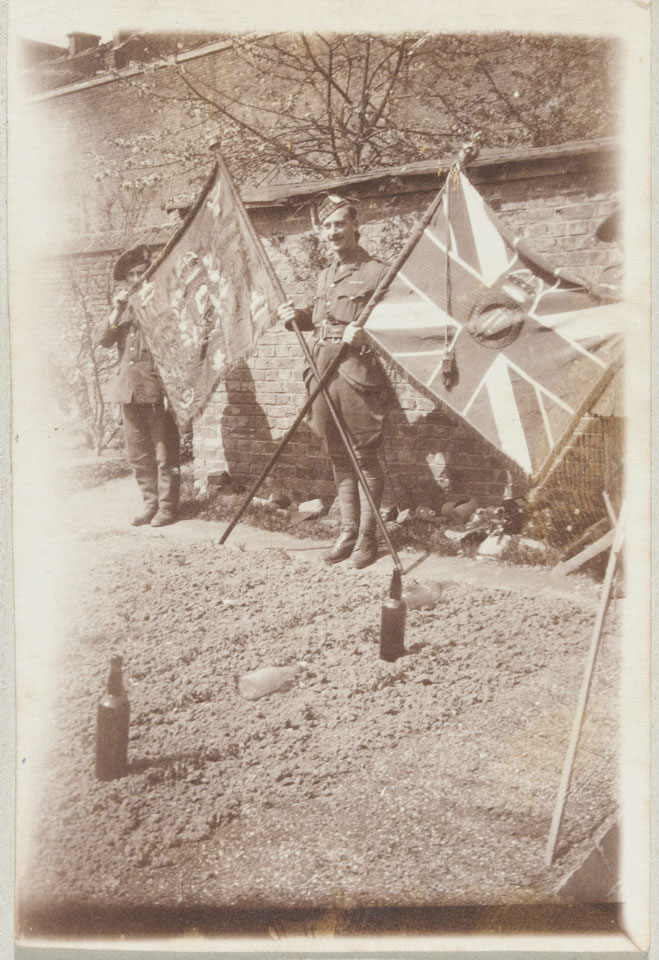 The Colours of a battalion of the King's Own Scottish Borderers, 1916 (c)

One of 96 photographs collected by Capt Grant, MC, King's Own Scottish Borderers, France and Italy, 1916 (c).