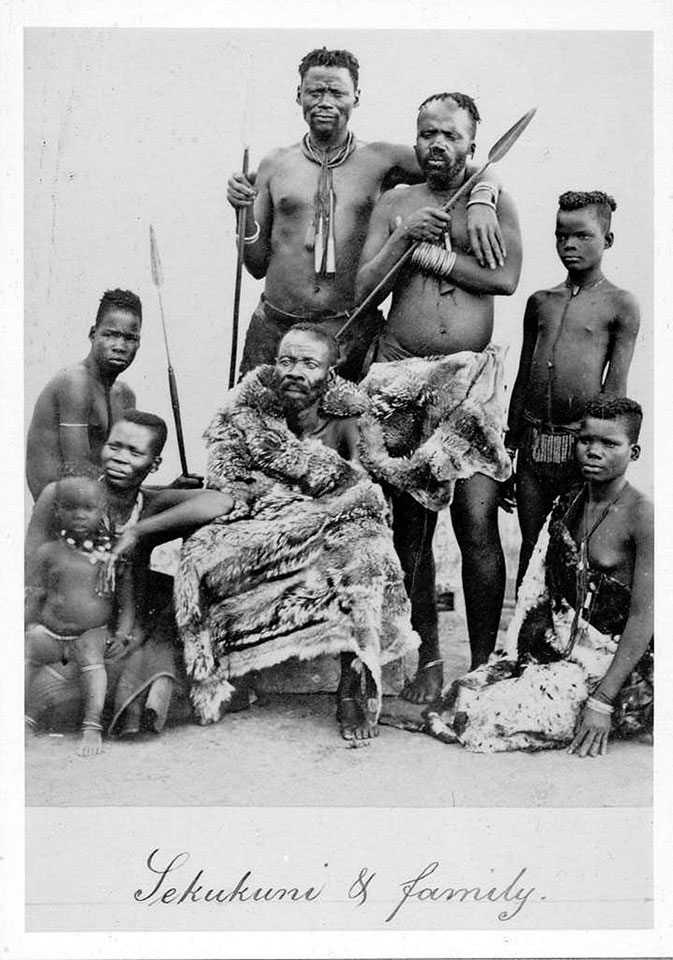 Based in the eastern Transvaal, the Pedi kingdom of Sekhukhune (or Sekukuni, 1810-1882) was regarded as a threat to white settlement, but an attempt by the Boers to curb his powers in 1876 failed. In September 1878, after Britain had annexed the Transvaal, a small British expedition was mounted against Sekhukhune, but although initially successful, it was forced to withdraw due to shortage of water and sickness among the horses.

Following the Zulu War, in September 1879 Lieutenant-General Sir Garnet Wolseley deployed two columns against Sekhukhune, in total about 2000 strong, one quarter of them mounted, together with some 10,000 Swazis: Sekhukhune's forces numbered about 4,000. On 28 November, Wolseley attacked the Pedi capital 'Sekhukhune town' which was overrun after a determined resistance. Sekhukhune was captured and imprisoned in Pretoria, but was released when independence was restored to Transvaal in 1881. He was murdered by his half-brother, Mampuru, in 1882.

From a photograph album compiled by Lieutenant-Colonel Wilfred Turner Anderson.