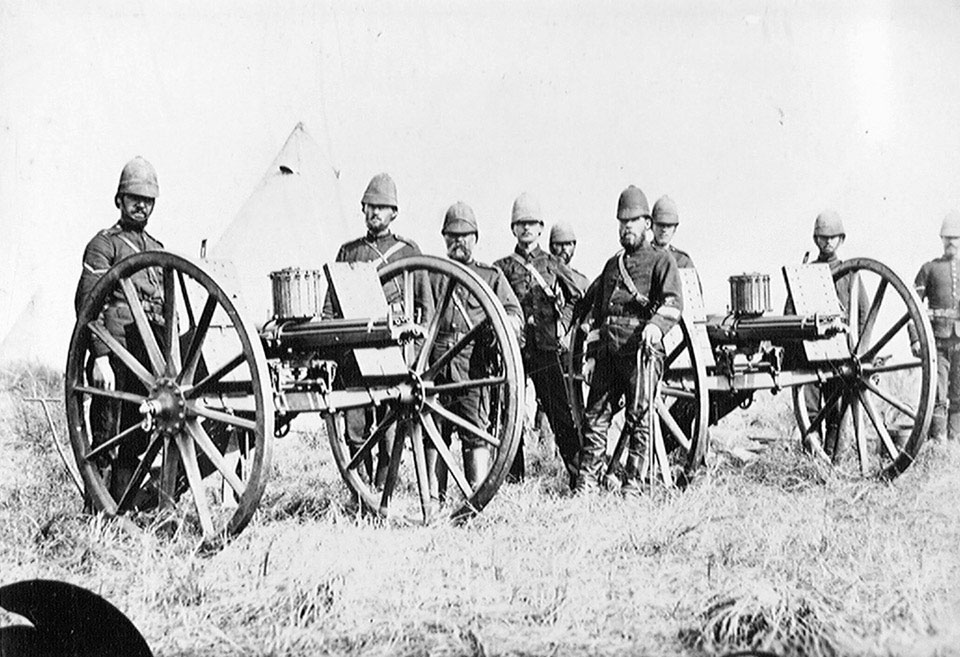 Although it did not automatically reload under its own power the Gatling gun is considered by many to be the first modern machine-gun. The gun's multiple rotating barrels were turned by a hand crank. Each barrel fired a shot, ejected its cartridge and then loaded a new round.