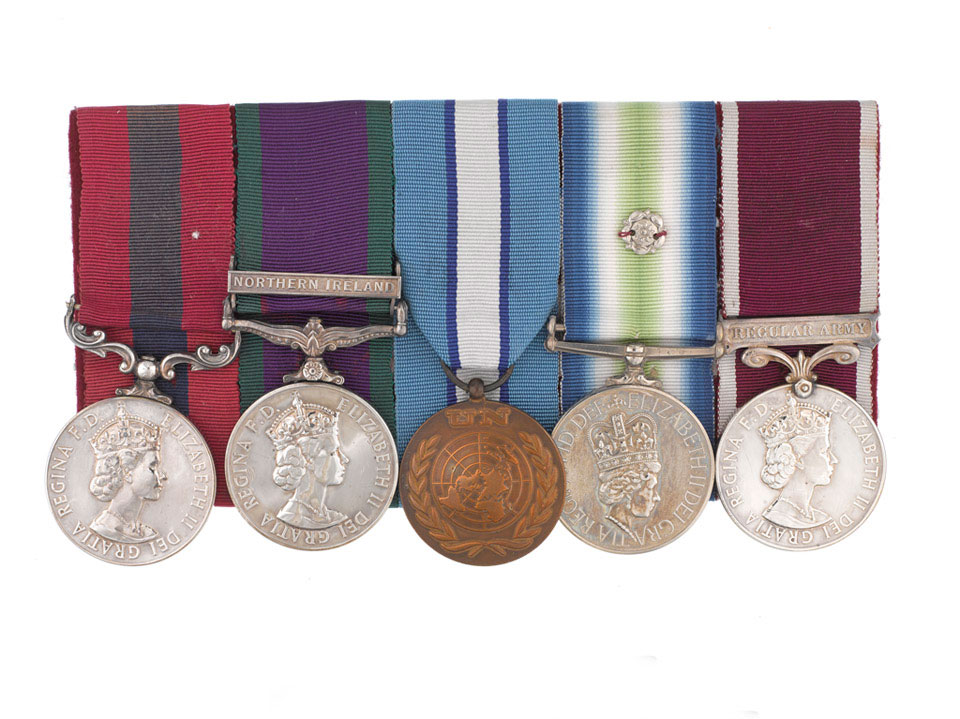 Brian Faulkner received the Distinguished Conduct Medal for gallantry on the night of 11/12 June 1982 during the Falklands Campaign when he took part in the assault on Mount Longdon, as Regimental Aid Post Colour Sergeant. He had previously served with the York and Lancaster Regiment before transferring to 3 Para in 1965. He served in Northern Ireland and Cyprus before taking part in the Falklands War (1982).