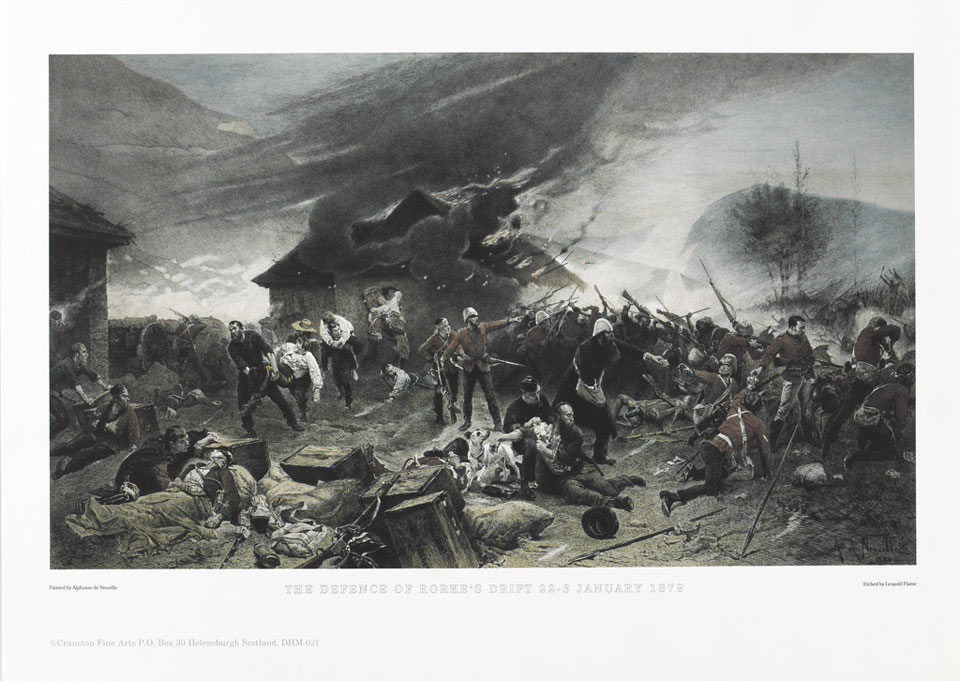 After their victory at Isandlwana on 22 January 1879 around 4,000 Zulus pressed on to Rorke's Drift, a mission station on the Buffalo River. One company of the 2nd Battalion 24th Regiment of Foot held them off for 12 hours. This was a welcome boost to British morale after the disaster of Isandlwana, but it had little effect on the campaign as a whole. Unsurprisingly, it was the defence of Rorke's Drift and the subsequent award of 11 Victoria Crosses, rather than the defeat at Isandlwana, that passed into British folklore.