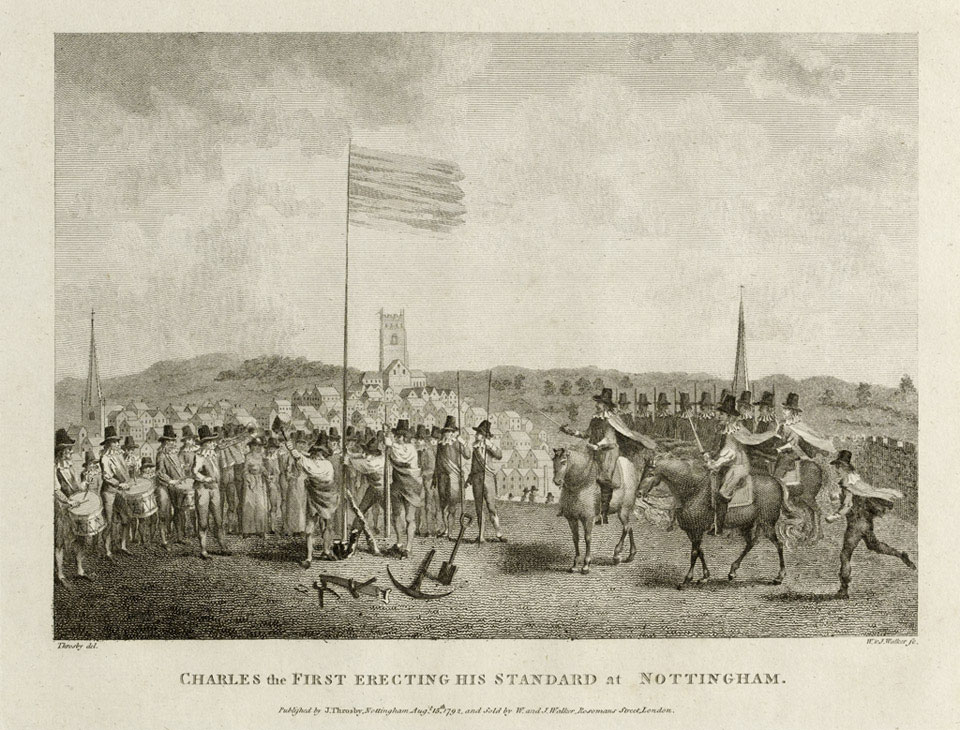 'Charles the First Erecting his Standard at Nottingham', 1642

On 22 August 1642 King Charles I raised his royal standard at Nottingham, effectively marking the start of the First Civil War (1642-1646). The conflict was the outcome of his long struggle with and eventual dismissal of Parliament, along with his imposition of taxes and attempts to impose religious uniformity.

Finally defeated during the Second Civil War (1648-1649), he was tried on the charge that he 'traitorously and maliciously levied war against the present Parliament and the people'. He was executed in Whitehall on 30 January 1649.