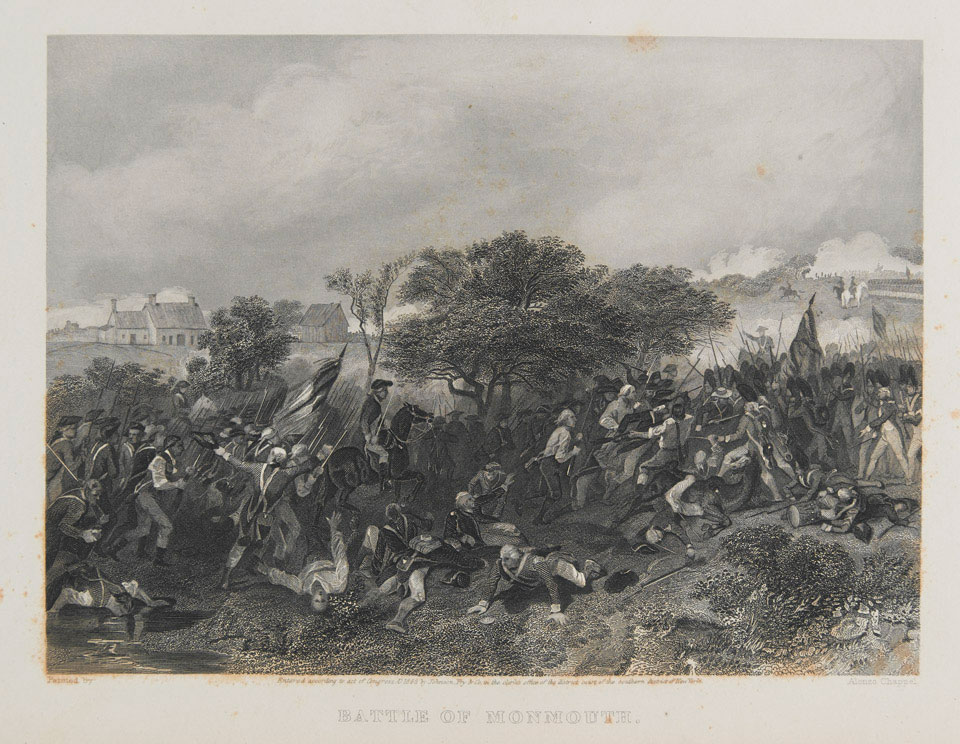 This battle took place in New Jersey during the American War of Independence (1775-1783). General George Washington's Continental Army had followed General Sir Henry Clinton's British force when it left Philadelphia in May 1778 to retreat to New York.

It eventually caught up with the British at Monmouth, where it fought a long pitched battle in baking summer heat. The battle was a stalemate and the British were able to continue their march eastwards, but it showed that the Patriot army was becoming a formidable force under its French and Prussian instructors and was now able to engage British regulars on an equal footing.